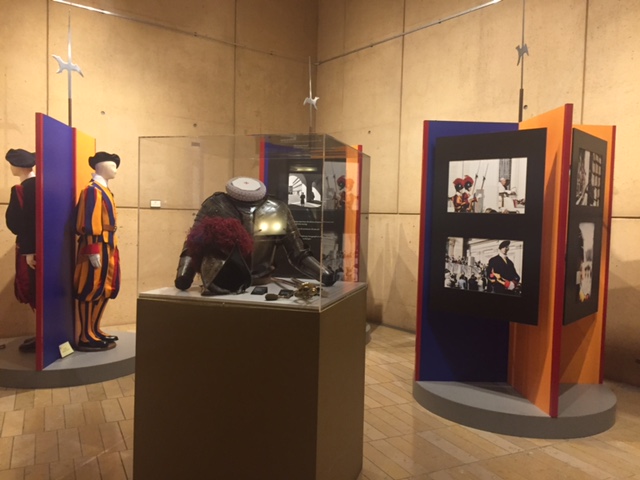 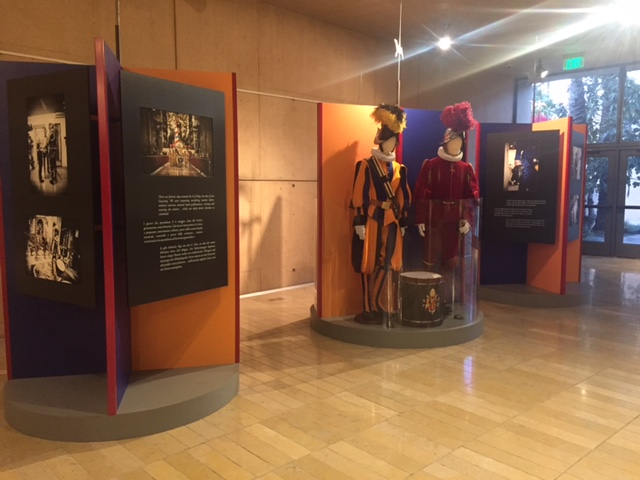 The first-ever exhibit that reveals the daily lives of the members of the military corps that, for centuries, has guarded the Vatican and the Pope, “The Life of a Swiss Guard: A Private View,” opens today at the Cathedral of Our Lady of the Angels in downtown Los Angeles. The exhibit includes photographs and some of the uniforms, armor and weapons used by the force.

The exhibit was inaugurated at the Vatican this spring and is curated by Dr. Romina Cometti.

“This exhibit is filled with contemporary images of an ancient military corps,” said Dr. Cometti. “Swiss Guards are young men from Switzerland, who guard the Pope, Papal audiences and the Vatican. We are going beyond what you typically see and showing their faith, emotions, sacrifice and sense of duty.”

The exhibit features the works of photographer Fabio Mantegna. He followed members, of the oldest, continually active military corps in history, intermittently for two years.

“My first experiences as a Swiss Guard were awe inspiring: putting on the uniform for the first time, being in the Sistine Chapel by myself, and meeting the Holy Father,” said Andreas Widmer, Director of Entrepreneurship Programs at the Catholic University of America. “I invite you not only to look at these images but to step across and enter the perspective of the Swiss Guard. We represent a ministry, faith and tradition.”

The generosity of the California Chapter of the Patrons of the Arts in the Vatican Museums, headed by Mr. Michael Scott Feeley, is allowing the exhibit to continue to travel to several cities after the Los Angeles visit including Washington D.C. and Boston.