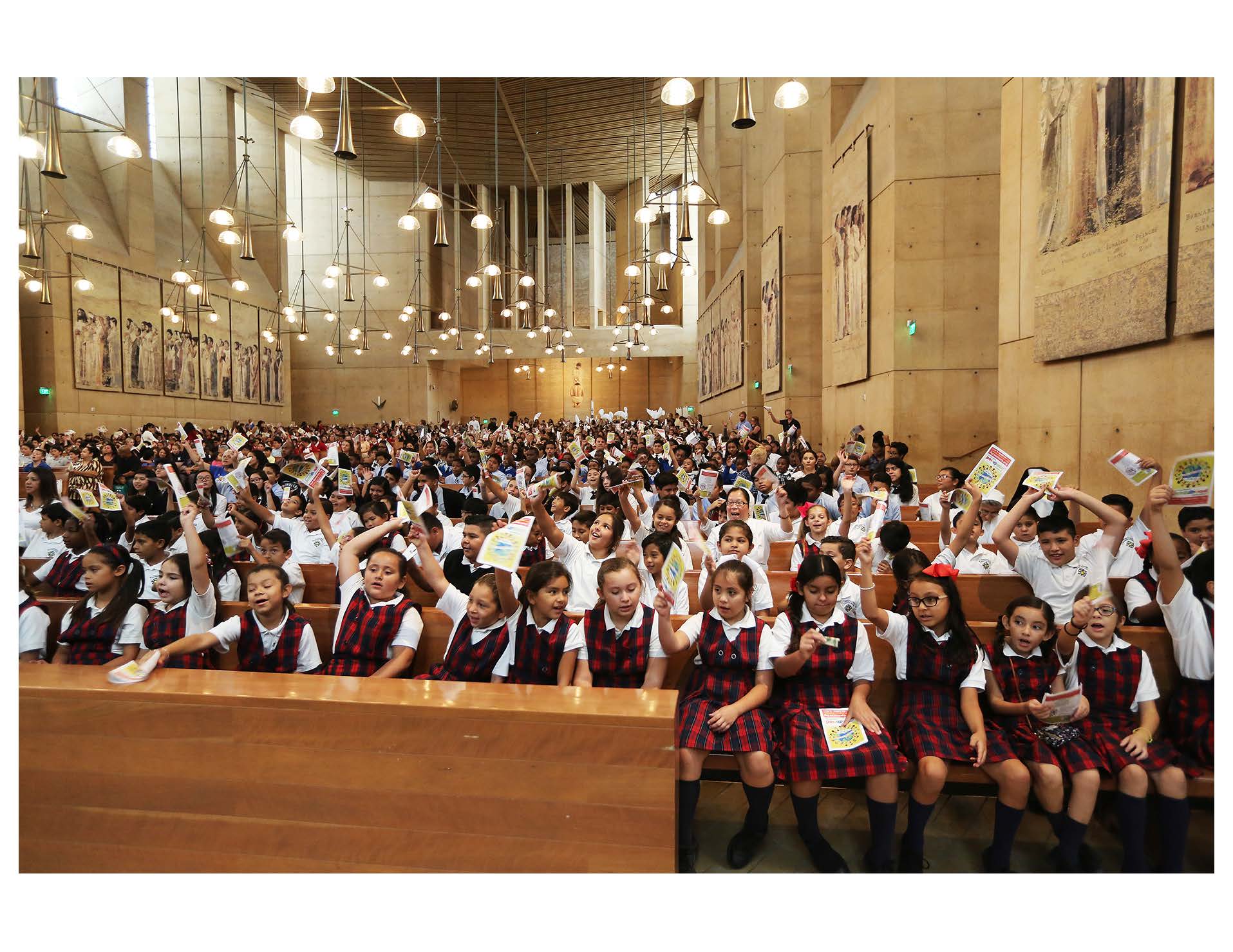 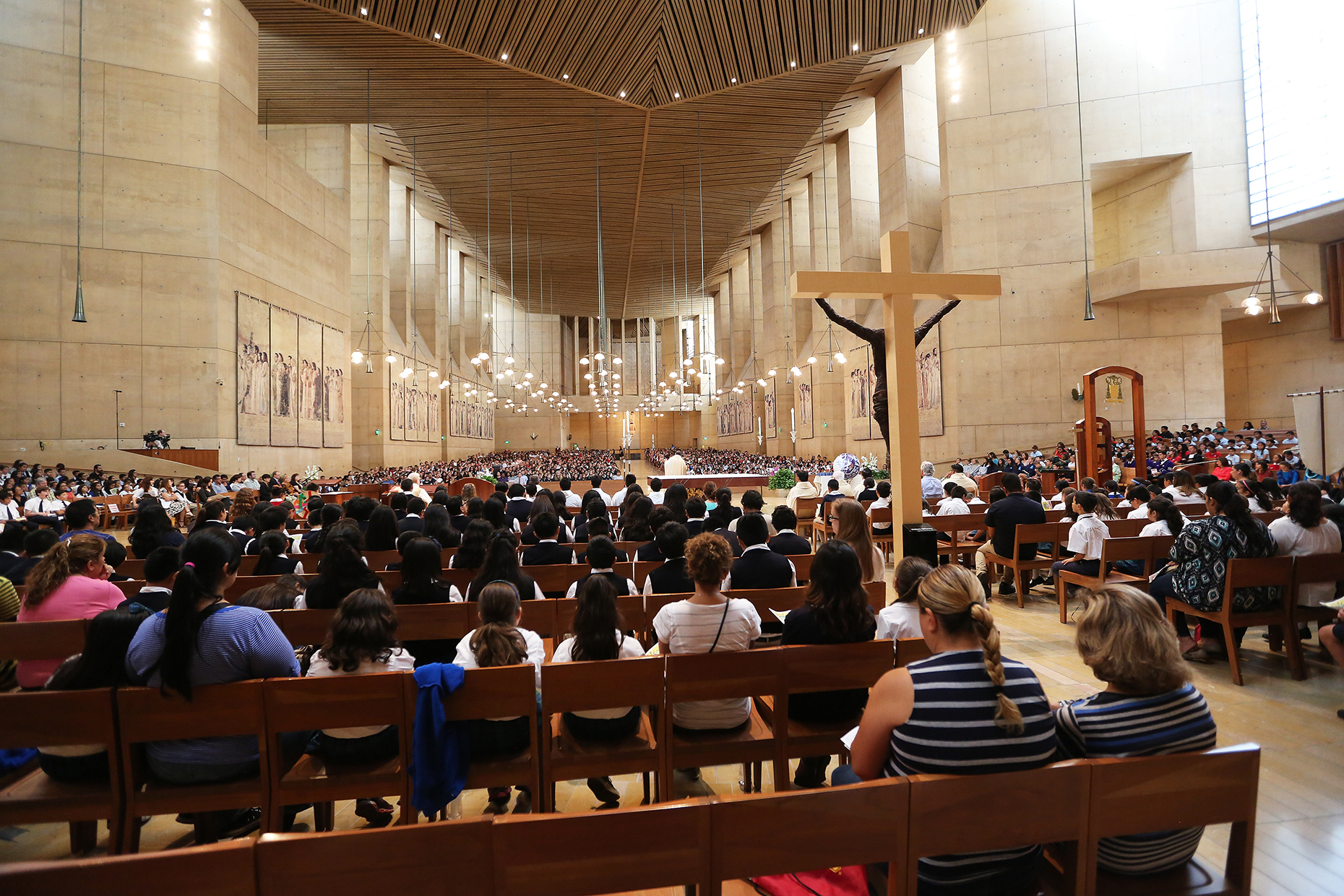 About 2,000 students from Catholic schools in Los Angeles, Ventura and Santa Barbara counties filled the pews of the Cathedral of Our Lady of the Angels today for the 13th annual Los Angeles Missionary Childhood Association (MCA) Mass. The Archdiocesan Mission Office hosts the annual liturgy, and nation’s largest Children’s Mass, to celebrate the contributions by local youth who help underserved children of the world.

All schools were honored for their participation in this year’s largest effort by the students, “Join Hands for Nepal.” The fund raising effort, involving Catholic school and religious education students across the three-county Archdiocese, for earthquake relief in Nepal garnered more than $30,000 and was matched by a generous donor.

“This celebration is our way to thank our local students for supporting the Mission Childhood Association Program,” said Lydia Gamboa, the Mission Office’s director. “During the year we ask the children for their prayers and help in raising funds for needy children around the world.”

During the homily, Monsignor Terry L. Fleming, executive director of the Mission Office, thanked students from 46 Catholic elementary and junior high schools from throughout the Archdiocese of Los Angeles for fostering awareness of the missionary nature of the Church.

The top ten five fundraising schools were recognized during the Mass, including: Nativity in El Monte, Cathedral Chapel in Los Angeles, Beatitudes of Our Lord in La Mirada, St. Catherine Laboure in Torrance, Corpus Christi in Pacific Palisades, Our Lady of Lourdes in Northridge, St. Elizabeth in Altadena, American Martyrs in Manhattan Beach, Our Lady of Assumption in Claremont, and St. Dominic in Los Angeles.

Schools that raised the most funds for the “Join Hands for Nepal” campaign were also recognized, including: St. Dominic Savio in Bellflower, San Gabriel Mission in San Gabriel, St. Agnes in Los Angeles, St. Mark in Venice and St. Augustine in Culver City.