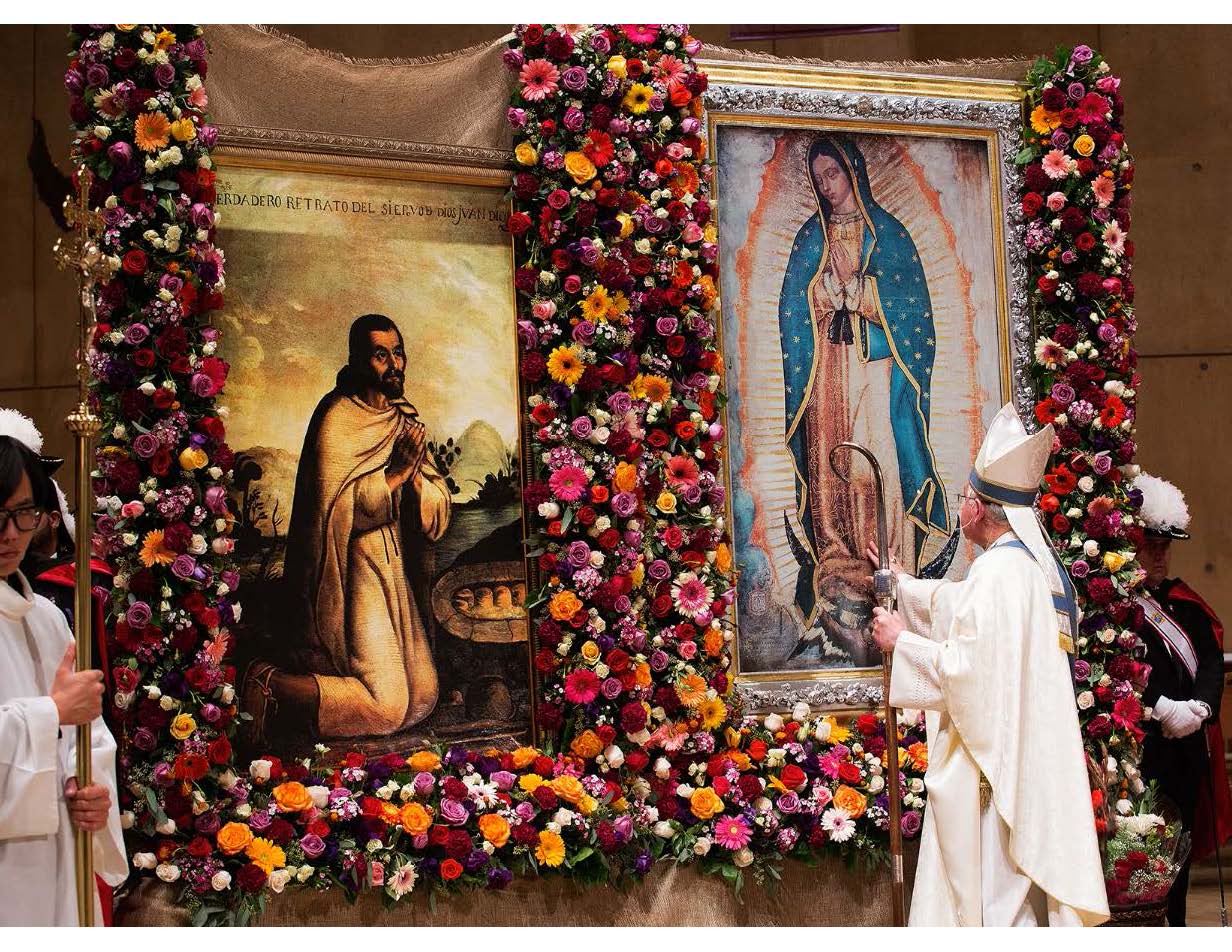 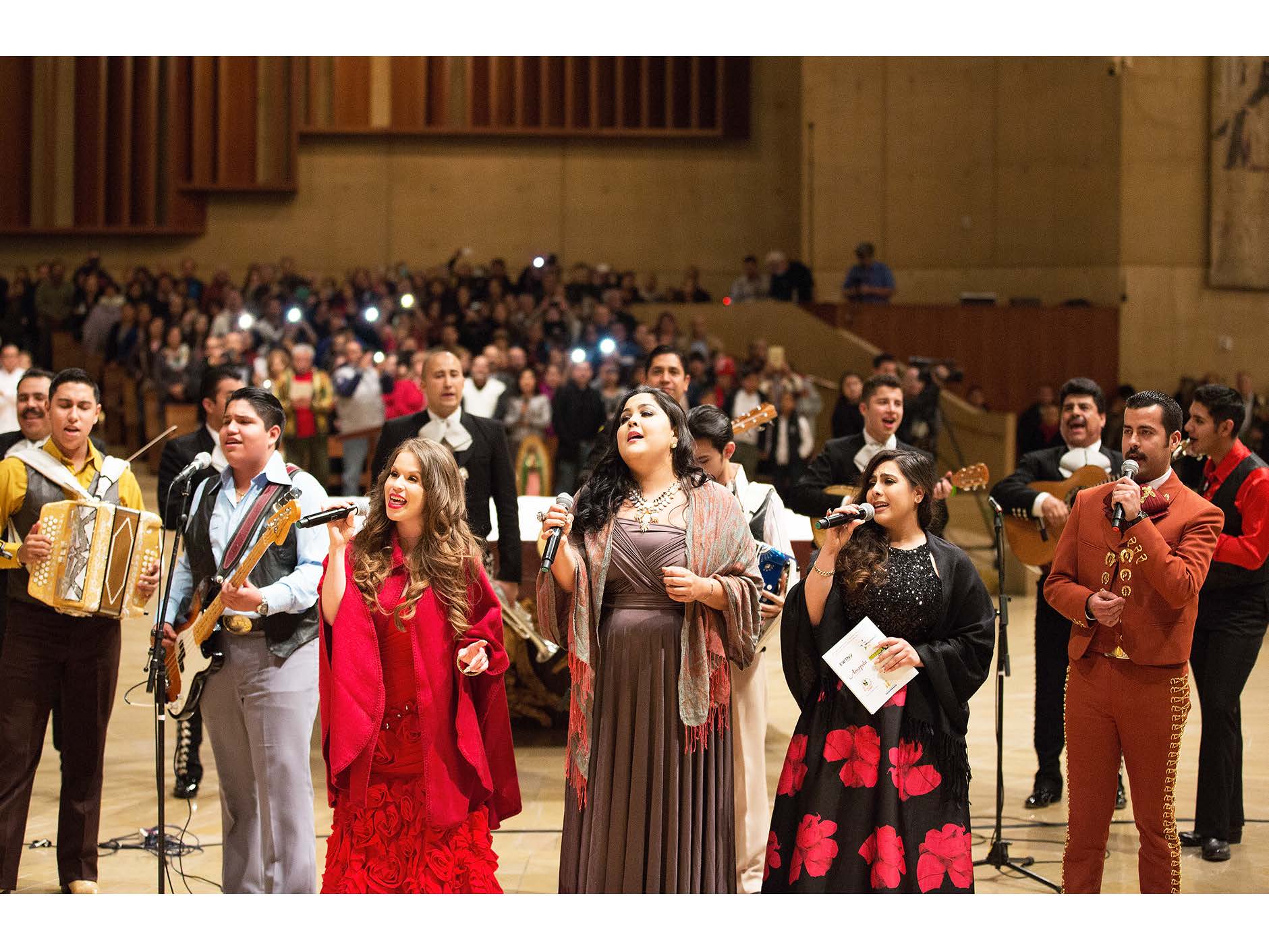 Thousands of faithful packed the Cathedral of Our Lady of the Angels in downtown Los Angeles tonight in a celebration honoring Our Lady of Guadalupe that culminated with midnight Mass celebrated by Archbishop José H. Gomez.

“The Virgin is the Mother of Mercy. She loves each one of us just like a mother does. She wants us to be happy, and that is why she shows us the way to Jesus, the way to God our Father,” said Archbishop Gomez. “Let’s ask our Holy Mother of Guadalupe to keep walking with us, that she may take us by the hand with her maternal tenderness and may she guide us through this path of Advent, until we find Jesus on the manger, in our hearts, in Christmas.”

Tonight’s celebration began on the Cathedral Plaza at 6 p.m. with Aztec and Matachines dancers. During this time, the faithful venerated the tilma relic through offerings of prayer and flowers.

At 10 p.m., the celebration moved inside the Cathedral for a Rosary led by emcees Lianna Rebolledo and Ernesto Vega; Noel Díaz, founder and president of ESNE TV Network; Father Nivardo Quezada, executive director of Hombre Nuevo and Guadalupe Radio; and other invited guests accompanied by the Cathedral Spanish Choir.

The celebration recalls the apparitions of the Virgin Mary to St. Juan Diego at Tepeyac, Mexico, in December 1531, when she left her image on his tilma, or cloak. A relic, or piece of the tilma inside the Cathedral was a present to the Archdiocese of Los Angeles from the Archbishop of Mexico City in appreciation and friendship after Los Angeles Archbishop John J. Cantwell led a pilgrimage to the Basilica of Our Lady of Guadalupe in Mexico City in the early 1940s. Given the natural agave fibers used to make the tilma, experts say it is miraculous that the relic at the Cathedral in Los Angeles, and the rest of the tilma in Mexico City, have survived for almost five centuries.

**NOTE: Photos from the event can be made available upon request.**