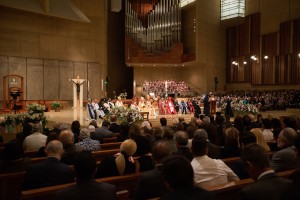 More than 3,000 people filled the Cathedral of Our Lady of Angels last night for an Ecumenical Prayer Service, hosted by Archbishop José Gomez, to commemorate the 100th anniversary of the Armenian Genocide.

The multi-denominational prayer service observed the mass killings of about 1.5 million Armenians a century ago under the Ottoman Empire.

Los Angeles Mayor Eric Garcetti addressed the group with keynote remarks. Leaders of Armenian and Christian denominations from throughout the state gathered at the altar to deliver special prayers in memory of Armenian genocide victims, and proclaim the importance of respecting human life and diversity.

During the service, Armenian children processed into the Cathedral carrying a lantern, symbolizing the Light of Christ. 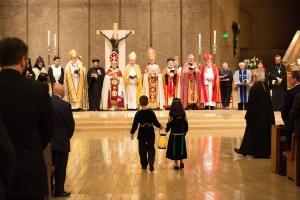