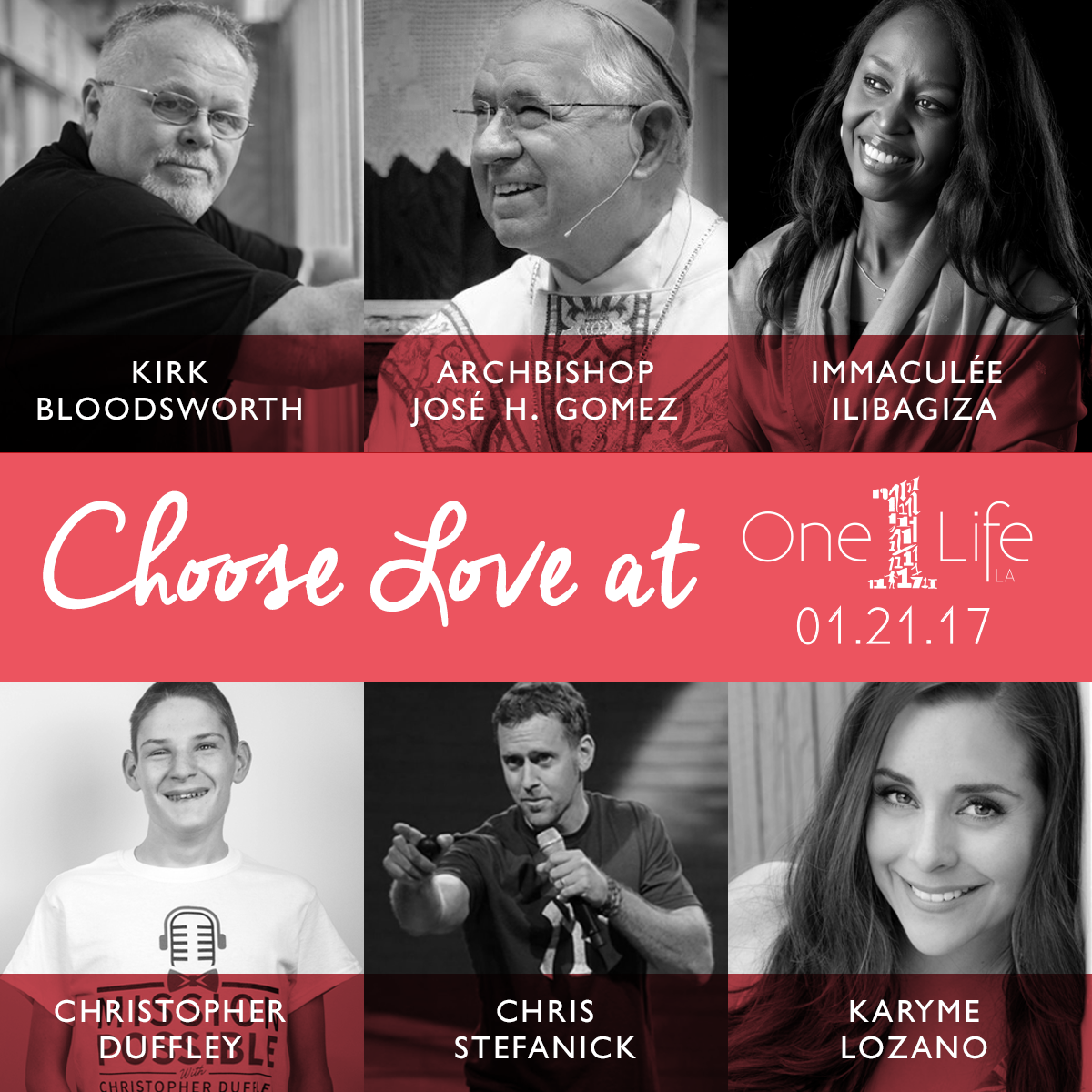 Keynote Immaculée Ilibagiza, survivor of the ‘94 Rwandan genocide, among lineup of speakers to address tens of thousands about celebrating the beauty of every human life

Inspiring speakers will join Archbishop José H. Gomez at OneLife LA, on January 21, 2017 in downtown Los Angeles, for a large-scale event uniting people of all backgrounds throughout Southern California to celebrate the beauty and dignity of every human life from conception to natural death.

“OneLife LA means sharing the love of God with others – especially those who are poor and forgotten, and those who are alone and excluded,” said Archbishop Gomez. “Join me and thousands in declaring a commitment to valuing and protecting all human life, particularly the most vulnerable in our society.”

Inspired by the example of Pope Francis, OneLife seeks to promote a culture of life, where every human life is valued and protected, especially the most vulnerable and marginalized. The event, themed “Choose Love” will include a roster of international and national voices sharing their personal and life-affirming stories.

Immaculée Ilibagiza, regarded as one of world’s leading speakers on faith, hope and forgiveness will share her story with tens of thousands in downtown Los Angeles, as OneLife LA 2017 keynote speaker. Ilibagiza survived the Rwandan genocide where she and seven other women spent 91 days huddled silently together in the bathroom of a local pastor’s house. An estimated 800,000 people – including most members of Ilibagiza’s family – were brutally murdered during the 1994 Rwandan genocide. A living example of faith put into action, Ilibagiza said “the only thing that got me through was my faith in God.”

Stefanick is an author and speaker whom Archbishop Charles Chaput called “one of the most engaging young defenders of the Christian faith on the scene today.” His live seminars reach more than 85,000 people per year. He founded the Real Life Catholic, a Denver-based nonprofit. Following are the OneLife LA 2017 speakers announced today.

OneLife LA, spearheaded by the Archdiocese’s Office of Life, Justice and Peace, was first celebrated on January 17, 2015. The event united about 15,000 people to “Be Somebody to Somebody” in their own communities through good works. OneLife LA 2016 drew nearly 20,000 to downtown Los Angeles in celebration of the beauty and dignity of every human life. For the 2016 event recap and highlights, please visit http://onelifela.org/highlights/ and for 2015 event highlights, visit http://onelifela.org/2015event/.