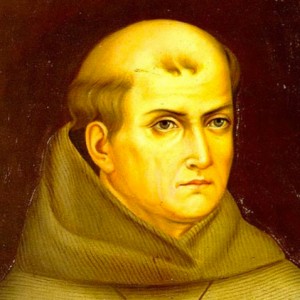 (ROME) – A panel of some of the top experts in the fields of California history, archaeology and Blessed Junipero Serra will provide an overview of his life and legacy – and take questions from the media – in Rome on Thursday, April 30.

Robert Senkewicz, Ph.D. is a Professor of History at Santa Clara University in California. He is co-author of the just released 500+ page biography Junípero Serra: California, Indians, and the Transformation of a Missionary (University of Oklahoma Press, 2015). Prof. Senkewicz earned his PhD. at Stanford University, and has written extensively on Serra as well as on California history, including the Spanish, Mexican and Gold Rush periods. Rose Marie Beebe, Ph.D. is a Professor of Spanish Literature at Santa Clara University. She earned her Ph.D. at Stanford University and is co-author, with Prof. Senkewicz, of the new biography of Junipero Serra. She is also the translator of Serra’s letters and homilies, and her research interests include California during the Spanish and Mexican periods.

Rubén Mendoza, Ph.D. is a Professor in the Archaeology Program, Division of Social, Behavioral and Global Studies at California State University, Monterey Bay, at which he was a founding faculty member. Professor Mendoza has directed major archaeological investigations and conservation projects at missions San Juan Bautista, San Carlos Borromeo de Carmelo, and Nuestra Señora de la Soledad, among others, and at the Royal Presidio of Monterey which recently resulted in the tandem discovery of the earliest Serra era Christian houses of worship in California dated to 1770 and 1772. His recent publications include the California Missions Source Book (with David McLaughlin), and his research interests and previous publications include works devoted to the ethics of anthropological research in American Indian communities, and on Native American art, culture, and technology in North and Latin America.

Msgr. Francis J. Weber, Ph.D. is the author of more than 100 titles, many focused on aspects of California’s Catholic history. His books include The Life and Times of Junipero Serra, The Missions of California, and the Encyclopedia of California’s Catholic Heritage (1769 to 1999). He served for five decades as Archivist of the Archdiocese of Los Angeles. Msgr. Weber has also taught history at Queen of Angels Seminary in Los Angeles and served as president of the Association of Catholic Diocesan Archivists. He studied Church History under the legendary John Tracy Ellis at The Catholic University of America.

Media and scholars interested in attending should RSVP at their earliest convenience to press.rsvp@arenasgroup.com.

To find out more about Archdiocese of Los Angeles news and events or to subscribe to media alerts, please visit https://media.la-archdiocese.org.