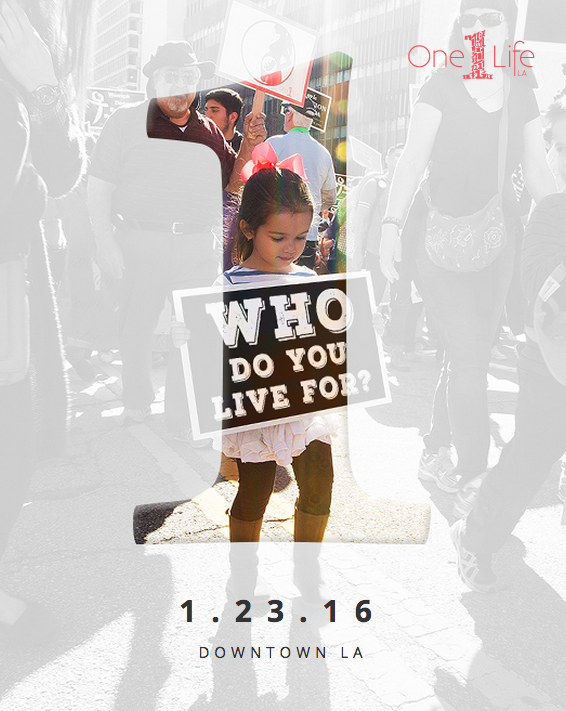 “This will be a day of family and friendship in celebration of the beauty and dignity of every human life—from conception to natural death,” said Archbishop José H. Gomez. “Join me and thousands in declaring a commitment to valuing and protecting all human life, particularly the most vulnerable in our society.”

OneLife LA will begin at Noon with Archbishop Gomez leading a walk, from La Placita Olvera through the downtown streets, that culminates in a family-friendly program featuring speakers, exhibits, music and food trucks.

The event, themed “Who do you live for?,” will include a roster of local and national voices sharing their personal, life-affirming stories. There will also be exhibits inviting people to get involved in activities such as feeding the homeless, finding families for foster children, supporting pregnant women to choose life, or visiting the elderly. An event video is available by visiting https://www.youtube.com/watch?v=WyRhFTgrKD4.

OneLife LA, spearheaded by the Archdiocese’s Office of Life, Justice and Peace, was first celebrated on January 17, 2015. The event united nearly 15,000 people to “Be Somebody to Somebody” in their own communities through good works.

The program included testimonies from a family who chose life over abortion, a victim of human trafficking, a former foster child, and a young girl championing life while facing a terminal illness.

The line-up featured keynote speaker Ryan Bomberger, Chief Creative Officer of The Radiance Foundation, an organization he co-founded with his wife Bethany to illuminate the intrinsic value each person possesses.

“It’s amazing what happens when you love. Love unleashes so much. I grew up in an experience where adoption unleashed incredible purpose in our lives,” Bomberger said. “Let me tell you, not just as an adoptee but as an adopted father of four children, two of which are adopted … There is no such thing as an unwanted child.”

“This is such an encouragement to see so many of you out here fighting for human rights and for the dignity of all people,” Heaton, the Emmy-award winning actress of “Everybody Loves Raymond,” told the crowd. “No matter where they’re from, how old they are, we need to support them and each other.”

For more information, or to register for OneLife LA 2016, visit onelifela.org.