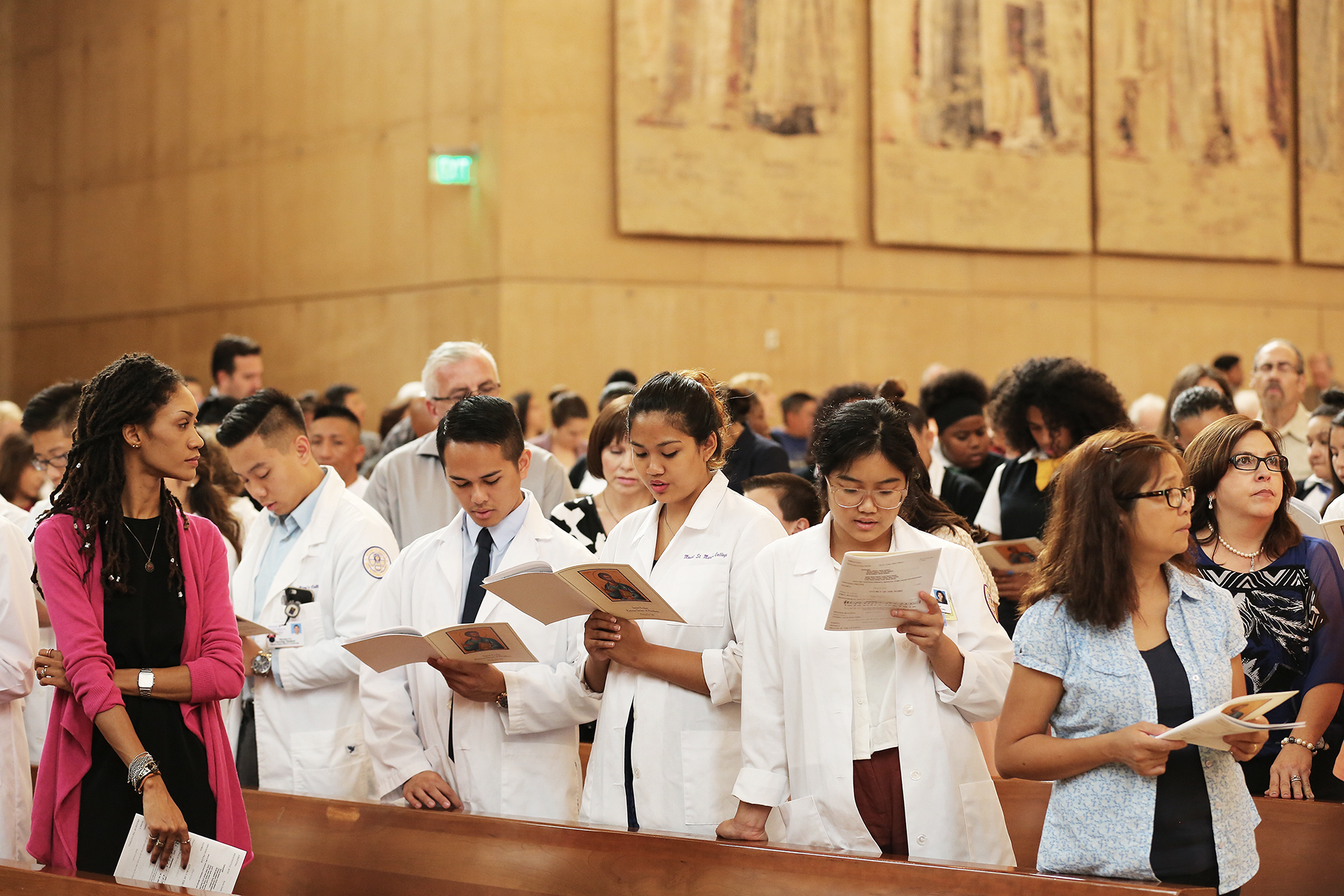 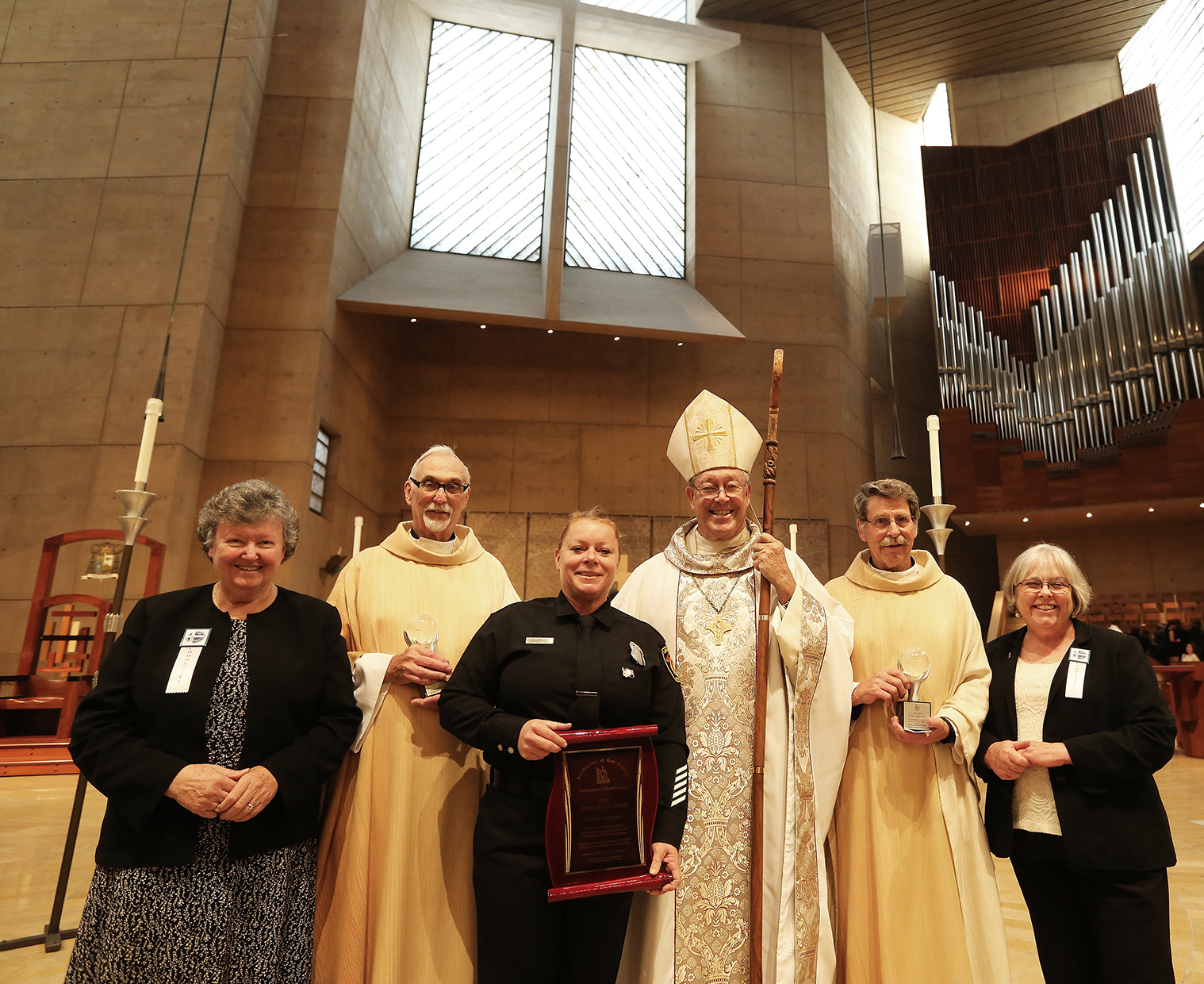 White Mass celebrates, honors and thanks doctors, nurses and other health care professionals

The Archdiocese of Los Angeles and the Mission Doctors Association honored doctors, nurses and other health care professionals at the White Mass today at the Cathedral of Our Lady of the Angels in downtown Los Angeles. Auxiliary Bishop Edward W. Clark was the main celebrant of the Mass – attended by physicians, nurses, missionaries, chaplains, paramedics, students and palliative and hospice care specialists – which honored healthcare professionals for their unconditional service to the community.

“Healthcare professionals inspire us in what they do, especially for the underserved and poor,” said Sister Angela Hallahan, director of the Health Affairs Office of the Archdiocese of Los Angeles. “We celebrate these women and men every year for their service.”

The Mission Doctors Association recognized Fr. Maurice Schroeder, MD and Fr. John “Jack” P. MacCarthy, MD as the 2015 National Catholic Doctors of the Year. Fr. Schroeder and Fr. MacCarthy have each served more than 30 years as medical missionaries for the Quechua community in the Amazon basin of Peru.

Archbishop José H. Gomez sent a message to the group, as he is currently participating in the Synod on the Family in Rome. The Archbishop stated in a letter: “I pray for each one of you, so that, in the words of the Holy Father, you may ‘keep ever present the flesh of Christ present in the poor, in those suffering, in children, also in the unwanted, in those with physical or mental disabilities and in the elderly.’”

The White Mass is co-sponsored by the archdiocesan Office of Health Affairs and the Mission Doctors Association, which trains, sends and supports Catholic physicians to serve people of all faiths in underserved regions around of the world. The White Mass – a tradition in the United States since the late 1800s – is held near the Feast of St. Luke (Oct. 18), patron saint of healers, and is named for the distinctive white lab coats worn by many professionals who work in the healthcare field.