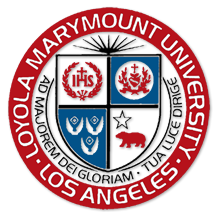 Dr. Kevin Baxter, Superintendent of Elementary Schools for the Archdiocese of Los Angeles, has been named as the 2015 Educator of the Year by Loyola Marymount University School of Education(SOE).

“I am humbled and honored to be receive the Educator of the Year from the School of Education at Loyola Marymount University,” said Dr. Baxter. “While it is an individual recognition, it is more accurate to say it is a reflection of the great work being done by dedicated educators at the Department of Catholic Schools and at Catholic schools throughout the Archdiocese. I am excited about the great work that has been accomplished and I very much look forward to our continued work implementing the vision of growth, grounded in leadership and innovation.”

The SOE Educator of the Year Award, presented today to Dr. Baxter at LMU, recognizes an individual for outstanding contributions to education. Past recipients have included former State Board of Education President Monica Lozano, Greg Boyle, SJ, Gov. Roy Romer, former LAUSD Board President Marlene Canter and other distinguished individuals.

“This award is a testament to your significant positive impact on the lives of countless students through your leadership of Catholic schools, which contribute so much to the common good of society,” wrote Dr. Shane P. Martin, SOE Dean and Professor, in his letter announcing the award.

Archbishop José H. Gomez recently announced the appointment of Dr. Baxter to the new position of Director and Superintendent of Catholic Schools effective July 1. In this new position, Dr. Baxter will be responsible for coordinating and implementing the vision for Catholic schools in the Archdiocese from Pre-K through the 12th grade.

Dr. Baxter has been a part-time faculty member in the School of Education at Loyola Marymount University since 2002. He is the author of the book Changing the Ending (NCEA, 2011), which focuses on innovation and new approaches for Catholic schools so that they can grow and thrive for future generations.

Dr. Baxter graduated from Villanova University with an English major and Communications minor. He holds a Master’s Degree in Secondary Education and a California Clear Credential in Biology/General Science from Loyola Marymount University. He earned a Doctorate of Education degree from the University of Southern California in Educational Leadership.