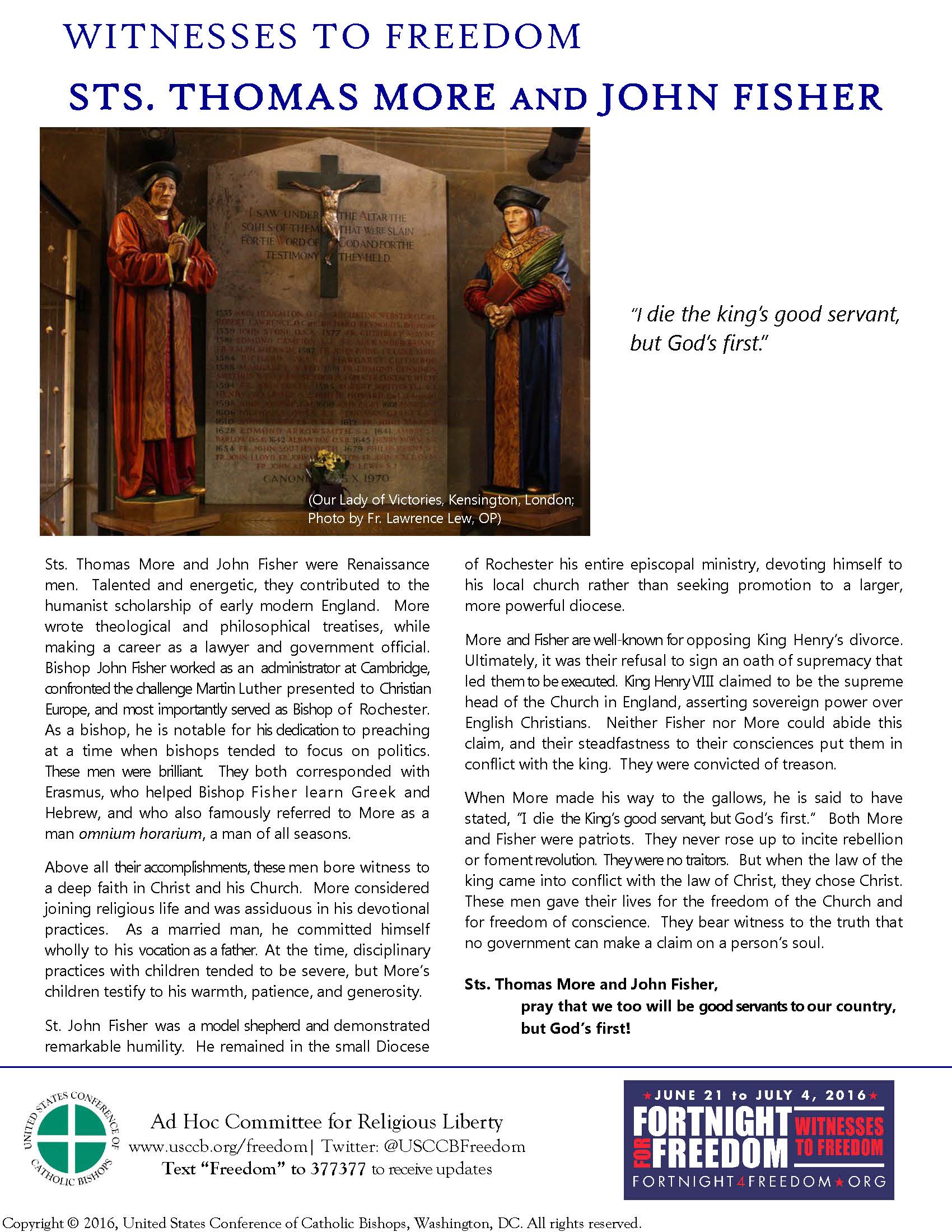 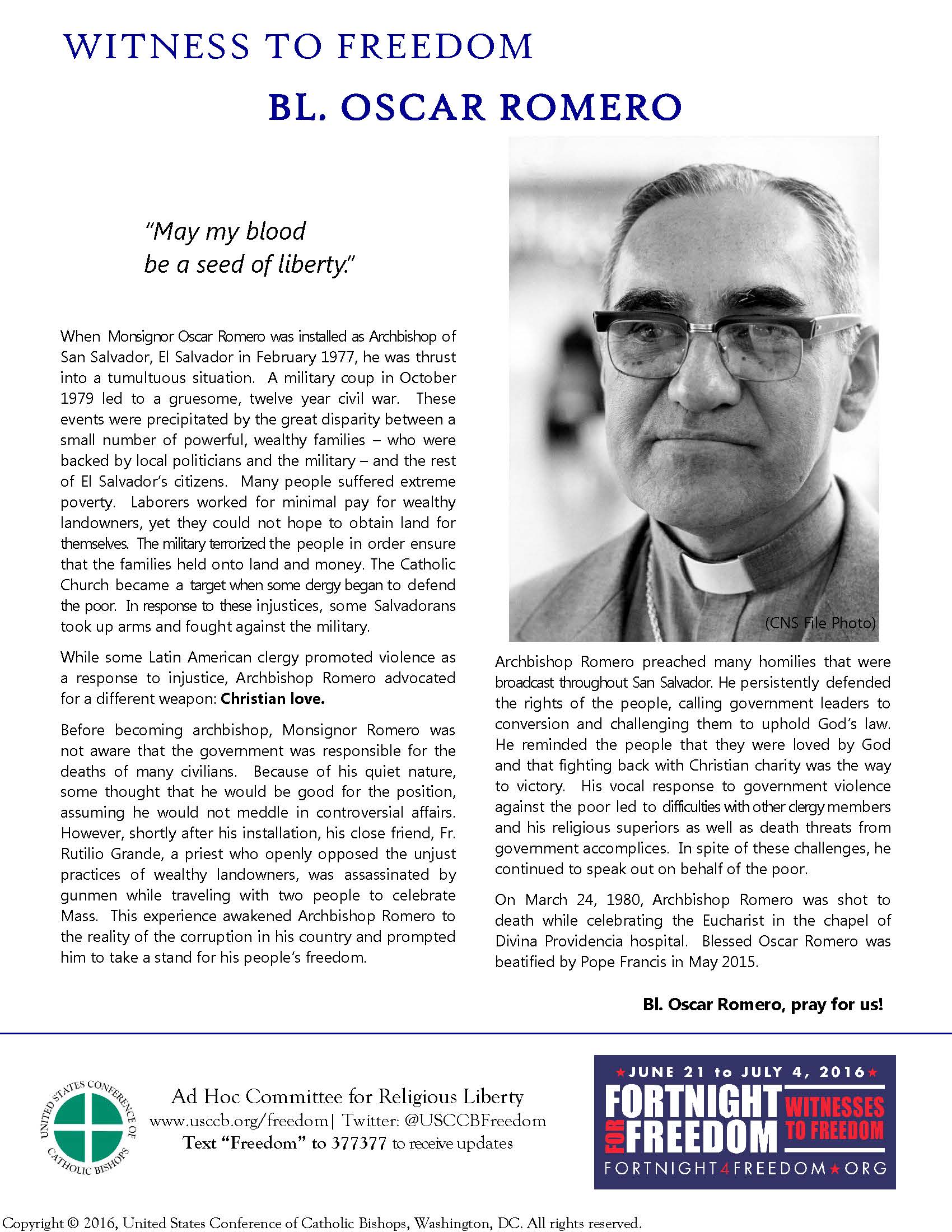 Relic Tour for A Special Mass in Los Angeles

The life of Blessed Oscar Romero is being remembered nationwide as a “Witness of Freedom” – along with other men and women of faith from all over the world – during Fortnight for Freedom, a two-week period, leading up to Independence Day, when dioceses nationwide highlight the importance of defending religious freedom and liberties, and raise awareness of religious persecution all over the world.

Los Angeles is one of the last stops, and the only stop in California, of the national “Witnesses to Freedom” relic tour – organized by the USCCB – during Fortnight for Freedom (June 21-July 4) which features the relics of 16th-century English martyrs St. Thomas More and St. John Fisher, whose Feast Day is celebrated today in the Catholic Church.

The relics of Sts. Thomas More and John Fisher will be received by Archbishop José H. Gomez during a special Mass on July 1st at 12:10 p.m. at the Cathedral of Our Lady of the Angels (555 W. Temple St., 90010), then the relics head to Washington D.C., for the tours’ closing Mass before returning to their home at Stonyhurst College in England. Two relics of Blessed Romero will also be present at the special Mass at the Cathedral on July 1 for public veneration.

The two relics of Blessed Romero include a handkerchief with his blood from the day that he was assassinated on March 24, 1980, while celebrating Mass in the chapel of the Hospital of Divine Providence in San Salvador; and a microphone that he used to celebrate Mass every Sunday at the Metropolitan Cathedral in San Salvador.

Declared a martyr by Pope Francis in February 2015, Blessed Romero advocated for Christian love, reminding the people that they were loved by God and that fighting back with Christian charity was the way to victory during the 12-year long civil war in El Salvador. He was beatified by Pope Francis in May 2015. For more on Blessed Romero, visit http://www.usccb.org/issues-and-action/religious-liberty/fortnight-for-freedom/upload/Oscar-Romero-Fortnight-2016.pdf

Both Sts. Thomas More and John Fisher were well known for opposing King Henry’s divorce, and the establishment of his own church and assertion of power over English Christians. For more information about the martyrs, visit http://www.usccb.org/issues-and-action/religious-liberty/fortnight-for-freedom/upload/Fisher-and-More-Fortnight-2016.pdf.