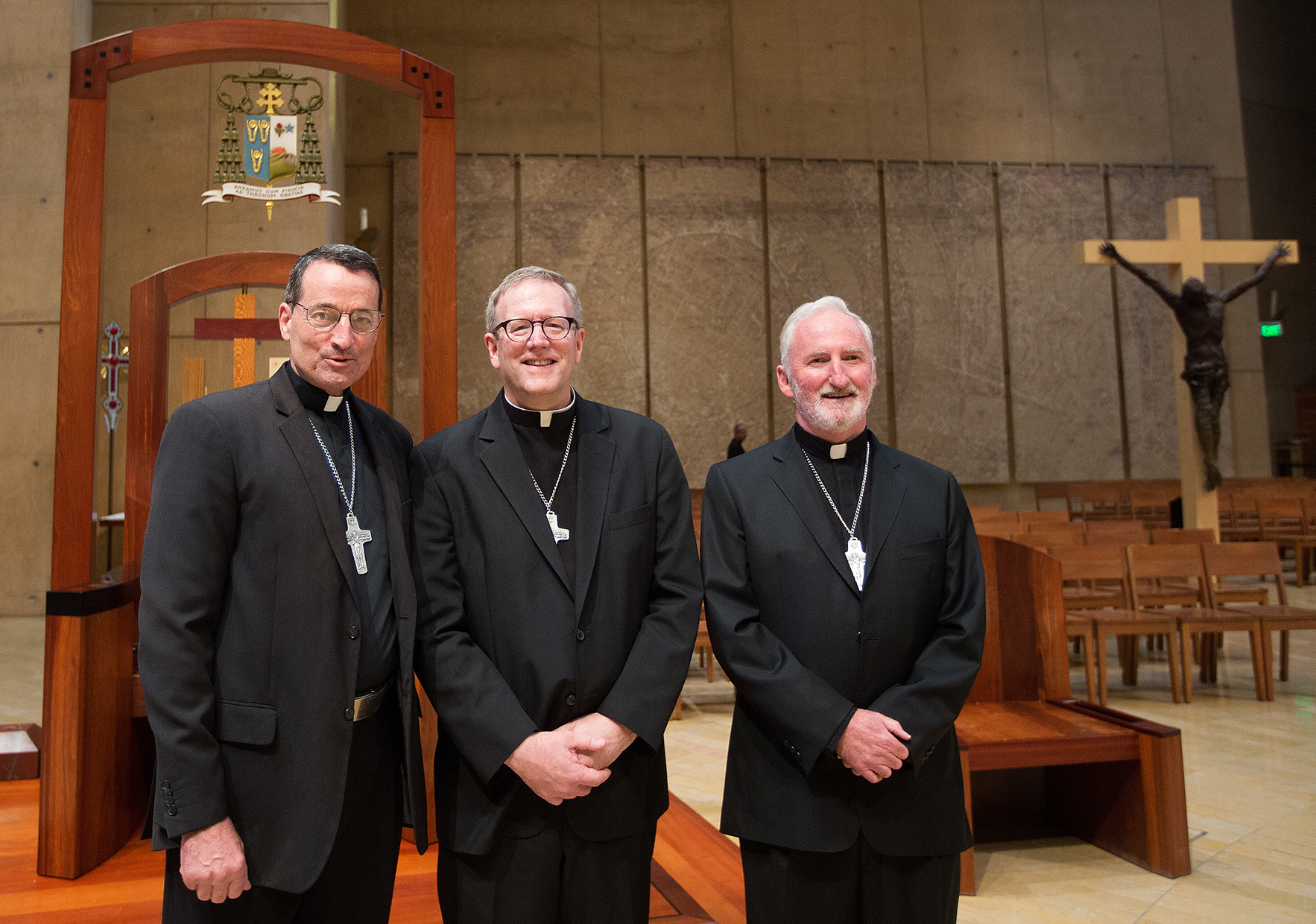 “It is important to remember that all of our Auxiliary Bishops are ordained to serve, not only the region they are assigned to, but the entire family of God in Los Angeles,” said Archbishop Gomez. “Auxiliary Bishops are called to be true pastors — men of prayer and virtue, men of mercy and men of mission — in the service of the Archdiocese, and in communion with me as the Archbishop and with Pope Francis as the head of the universal Church.”

“I want to express my deep gratitude to Msgr. Jennett and Msgr. Loughnane for their faithfulness and tireless dedication to serving the people of God,” said the Archbishop. “I also want to again thank Auxiliary Bishop Gerald Wilkerson, who is retiring as Episcopal Vicar of the San Fernando Region. I know I join all the people of the Archdiocese in my gratitude for his many years of wise and dedicated service. I am grateful that I will continue to be able to count on Bishop Wilkerson, along with Msgr. Jennett and Msgr. Loughnane, for advice and fraternal support in my ministry.”

Due to limited capacity, the September 8 Ordination will be by invitation only, the public is invited to celebrate this historic moment in the history of the Archdiocese at the Solemn Vespers and Blessing of the Episcopal Insignia service celebrated by Archbishop Gomez and the new Auxiliary Bishops on September 7 at 5 p.m. at the Cathedral of Our Lady of the Angels. The Ordination Mass and the Solemn Vespers liturgy will be streamed live at http://archla.org/live. For more information on each of the new Auxiliary Bishops, visit www.la-archdiocese.org.