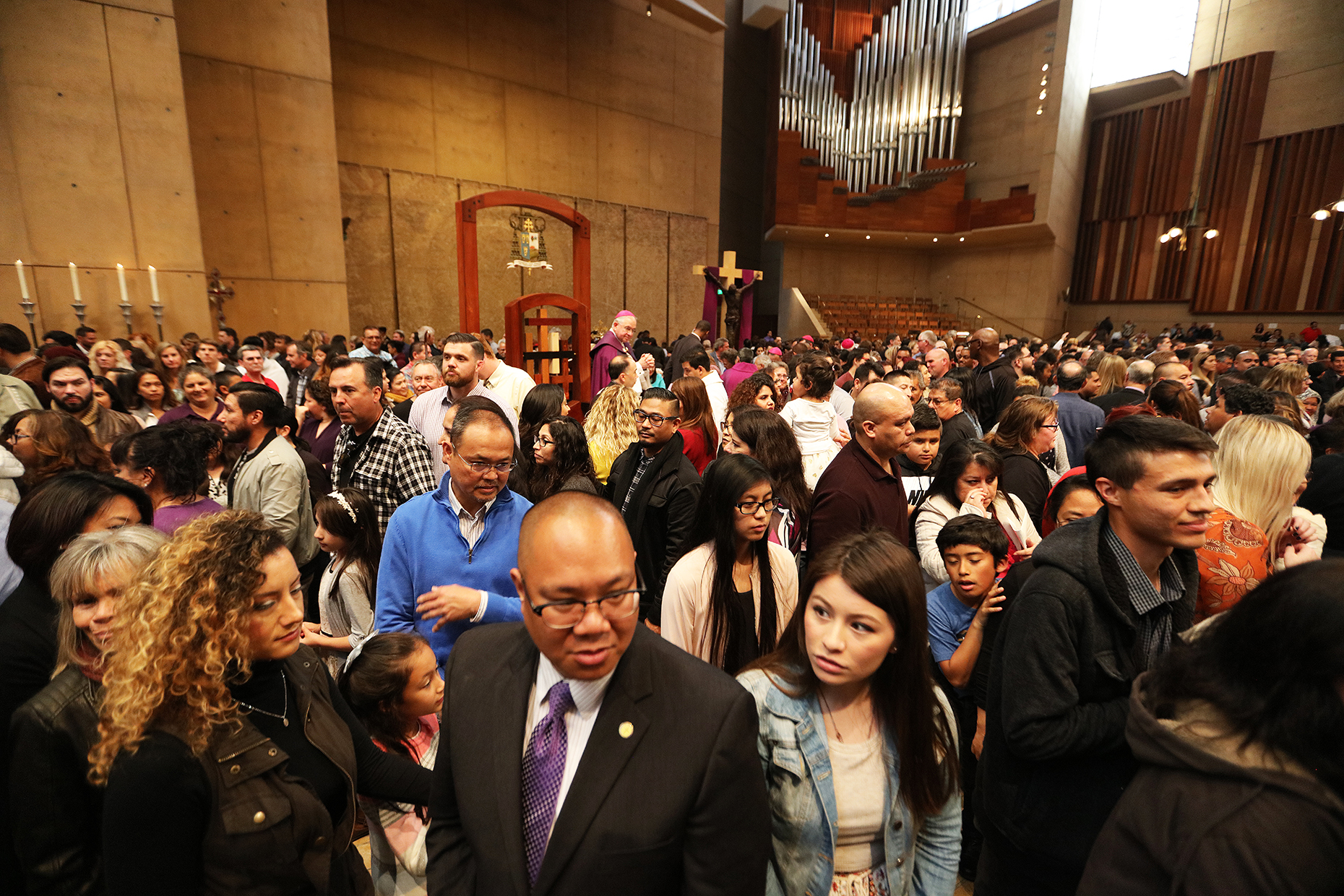 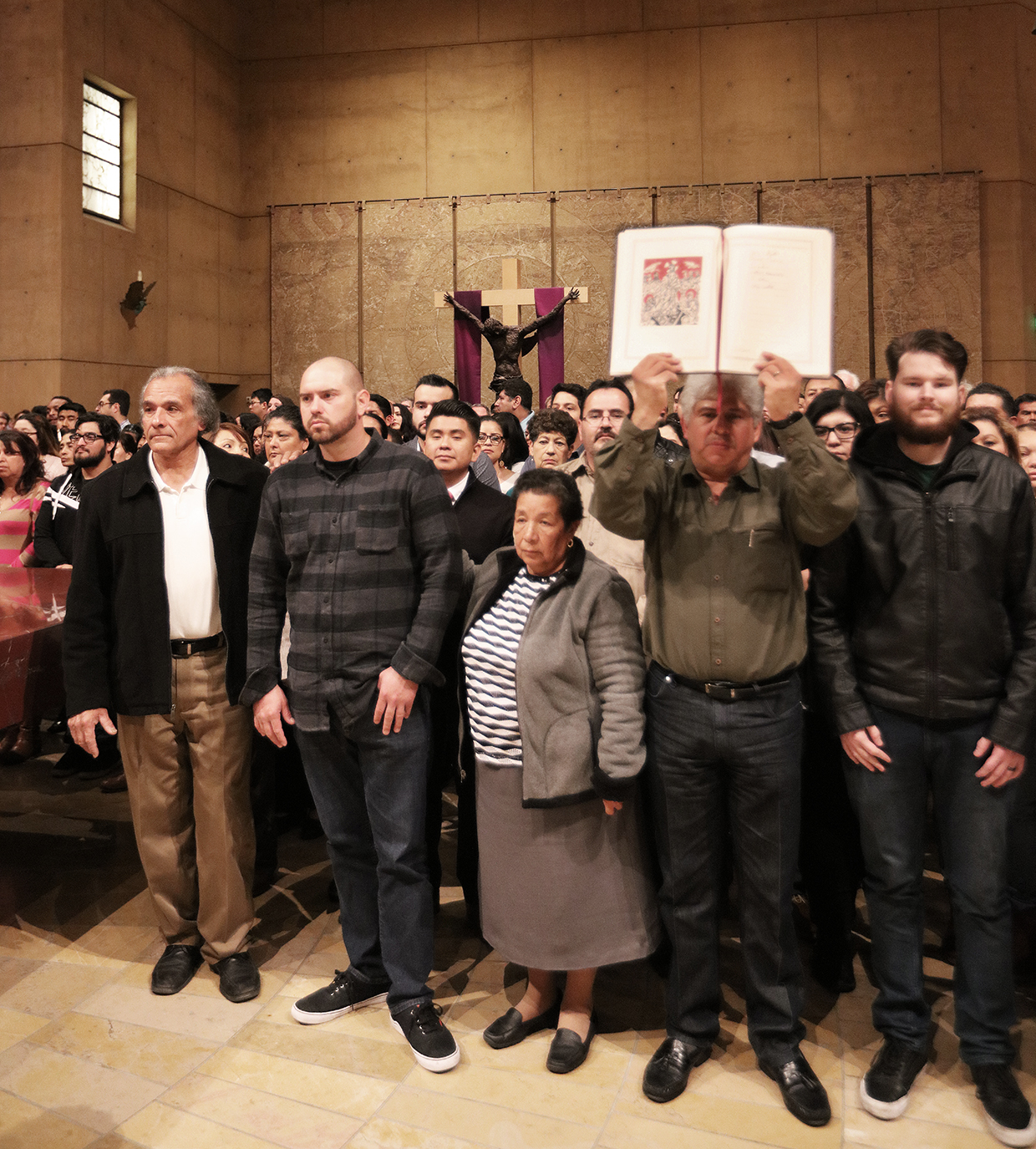 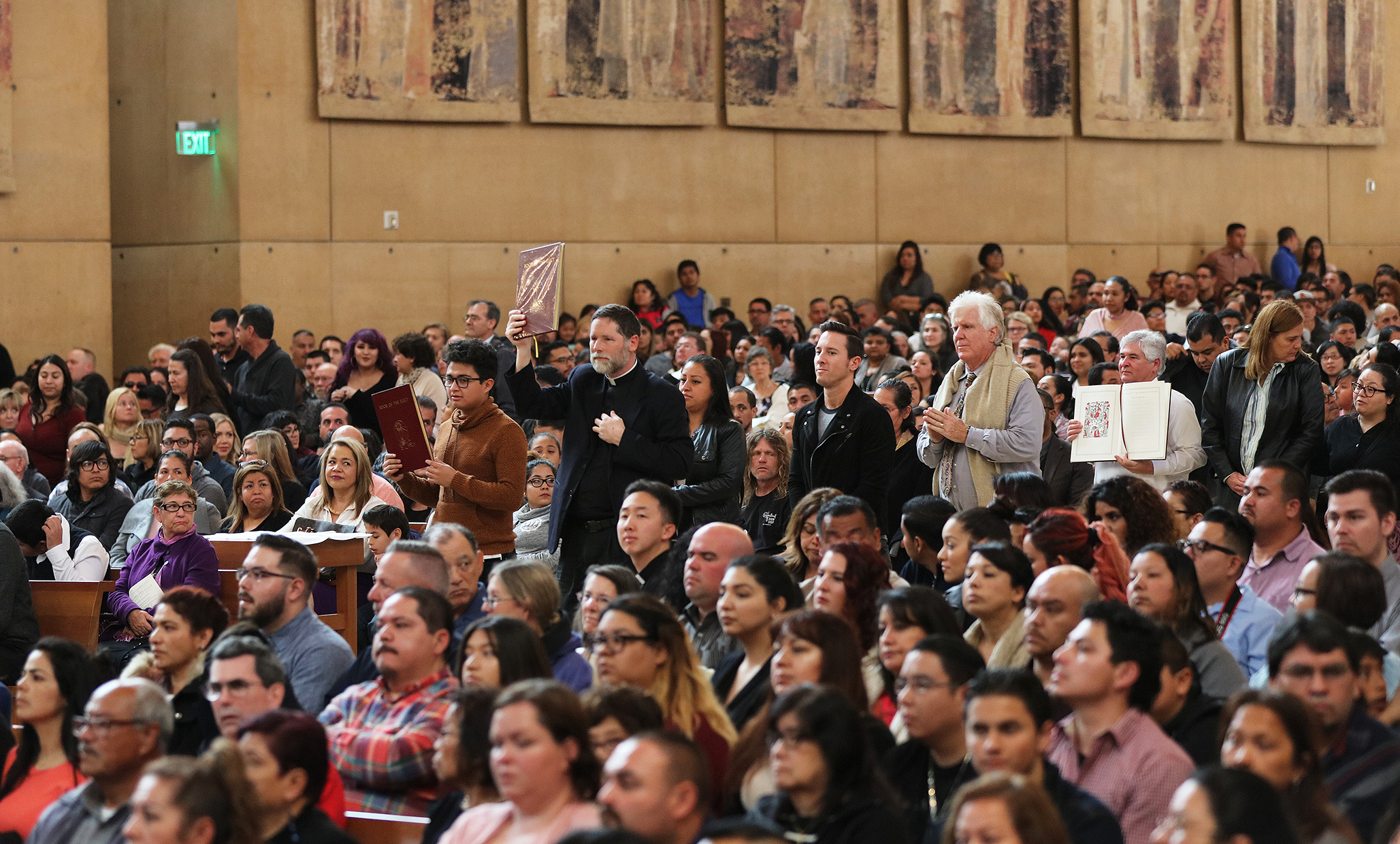 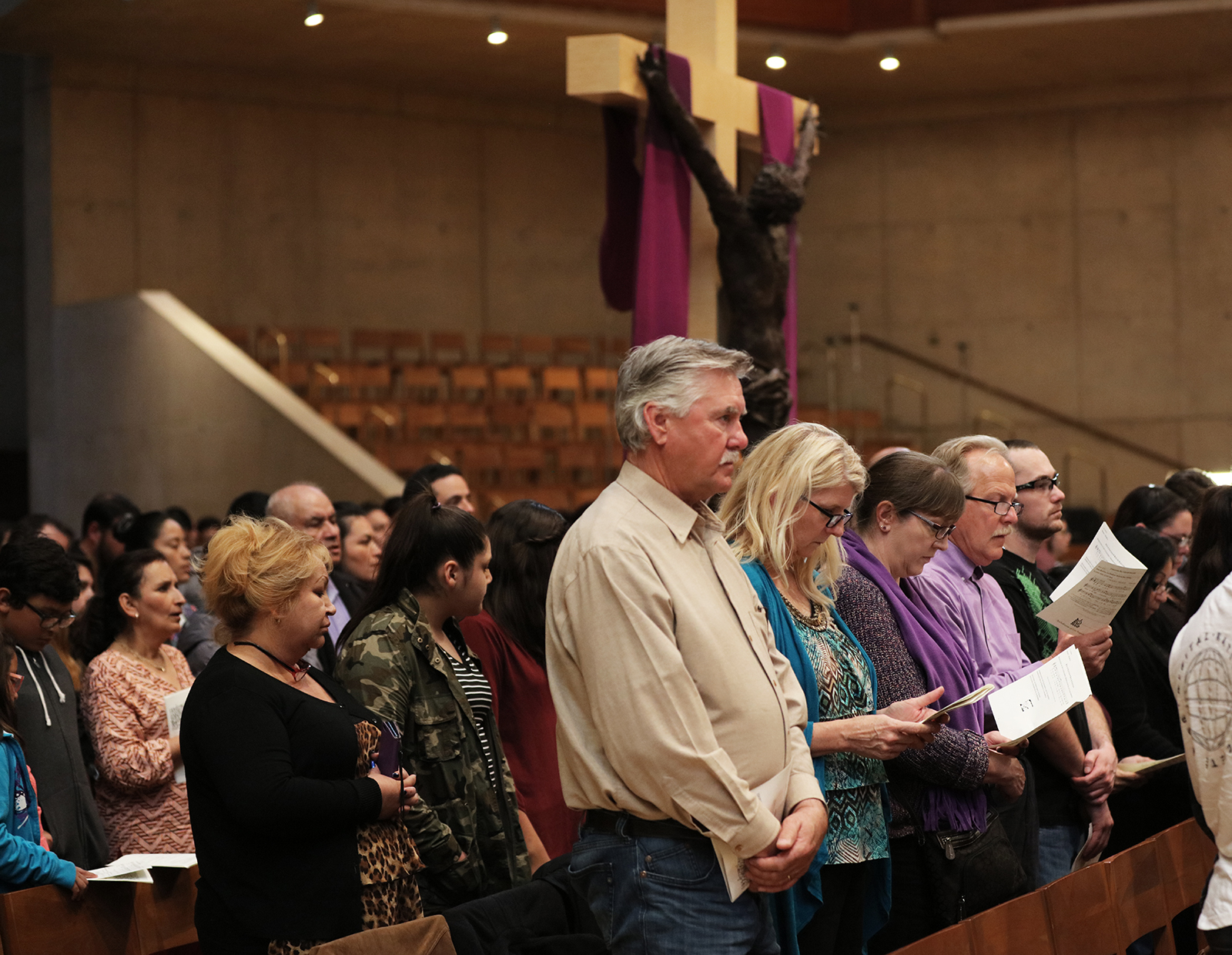 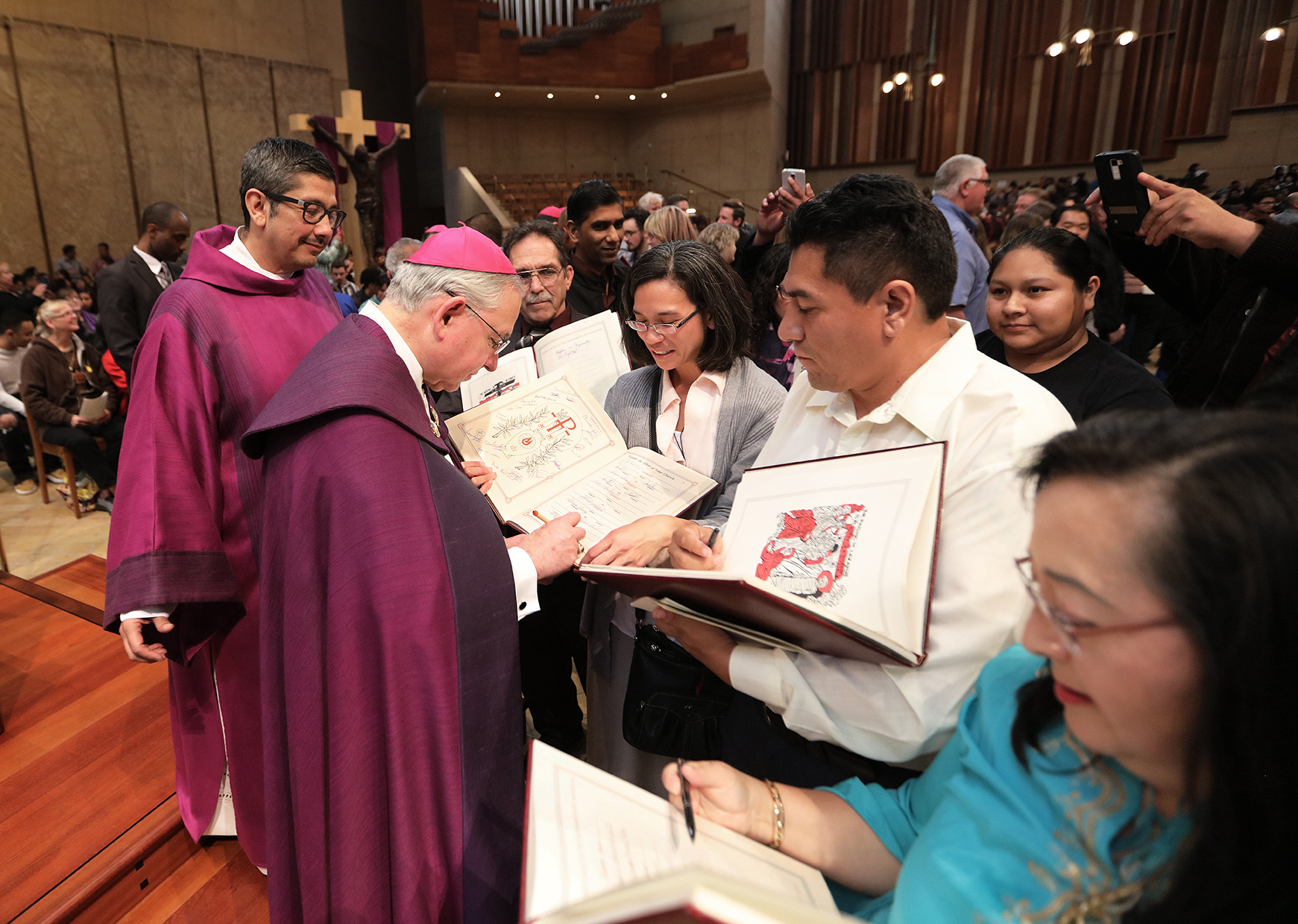 The Office of Worship of the Archdiocese of Los Angeles today announced that the Archdiocese will welcome 1,756 adults and children to the Catholic Church when it baptizes them at the Easter Vigil in April 15, an increase in the number of new Catholics from 2016.

Due to the large number of catechumens affirming their intention to become Catholic, the Archdiocese held two Rite of Election ceremonies to welcome future Catholics—both of them at the Cathedral of our Lady of the Angels in downtown Los Angeles. Archbishop José H. Gomez presided at both services.

“The Rite of Election is a great day for the whole family of God,” said Archbishop Gomez. “And there is great rejoicing in heaven on this day for each of the catechumens who are coming to Jesus Christ and preparing for initiation into his Church!”

Every year, usually on the First Sunday of Lent, catechumens and their godparents gather at cathedrals throughout the world to celebrate with the local bishop the Rite of Election. This ritual celebrates God’s call to faith in the Christian tradition.

Participants have already gone through a lengthy process of conversion and deepening of their faith that lasts a year or more.

During the Rite of Election, the godparents of the catechumens are called upon to give testimony on behalf of their godchild.  They witness to the fact that the catechumen has faithfully responded to God’s word and has begun to live life in the spirit of the Gospel.

NOTE: PHOTOS OF THE RITE OF ELECTION ARE AVAILABLE UPON REQUEST.