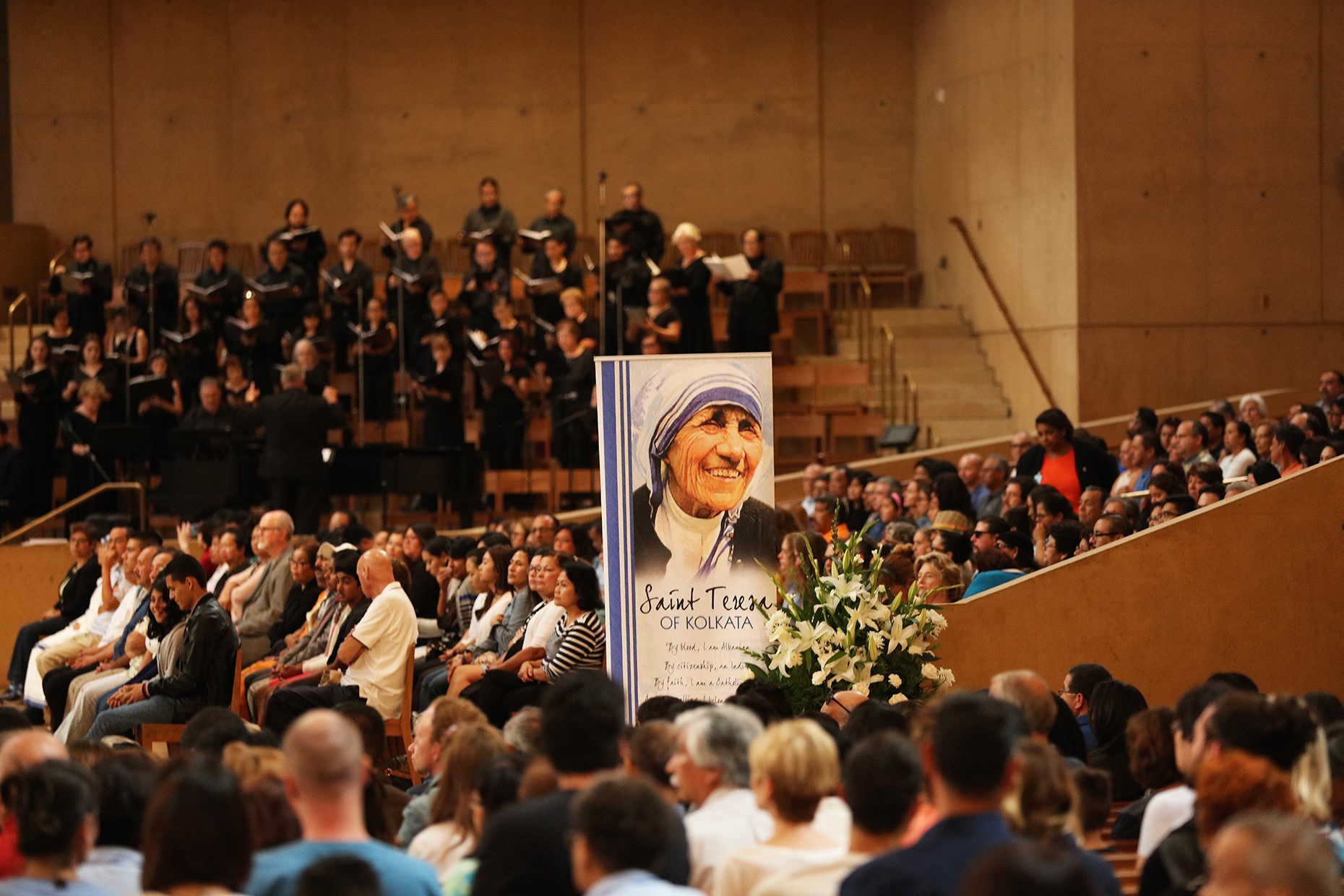 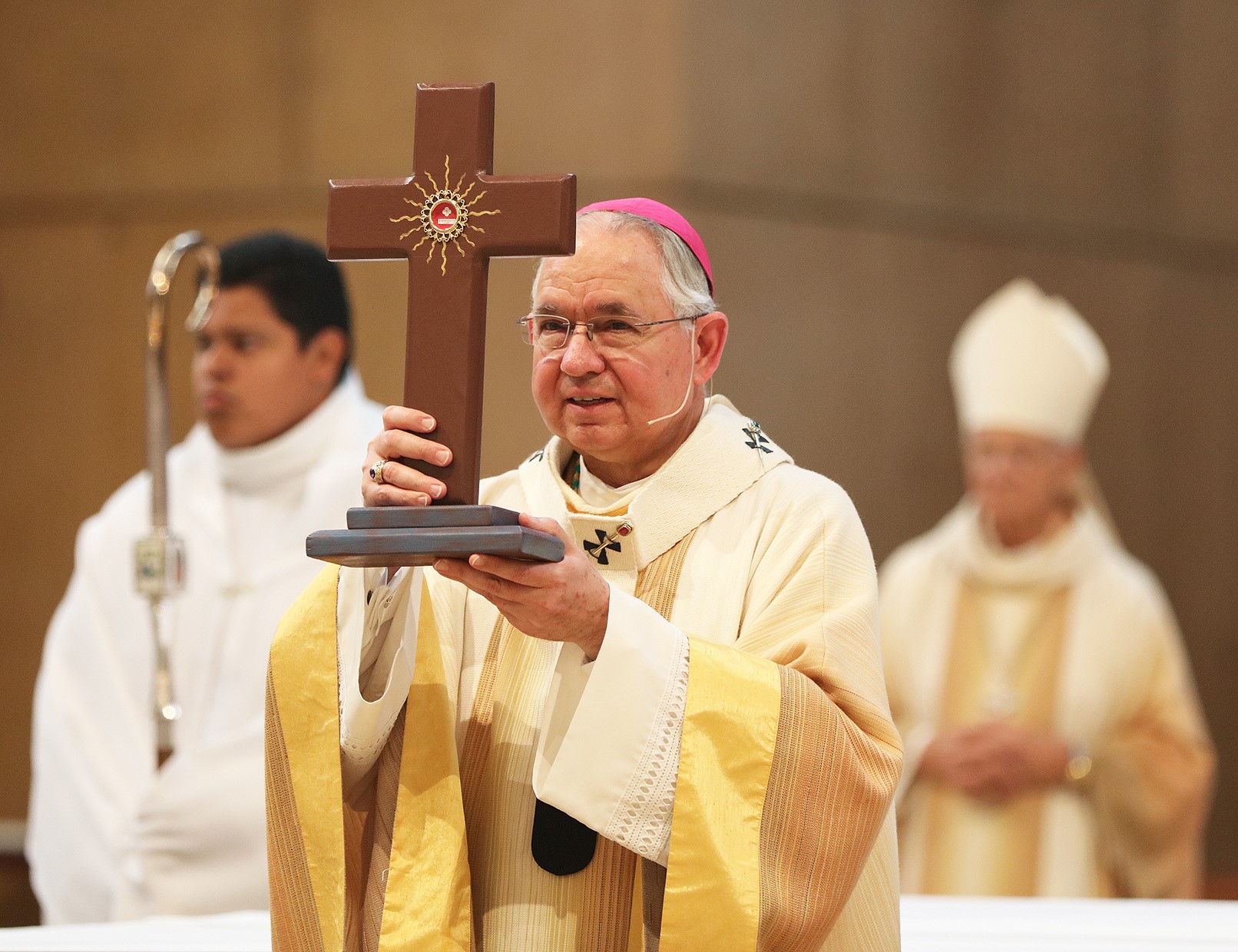 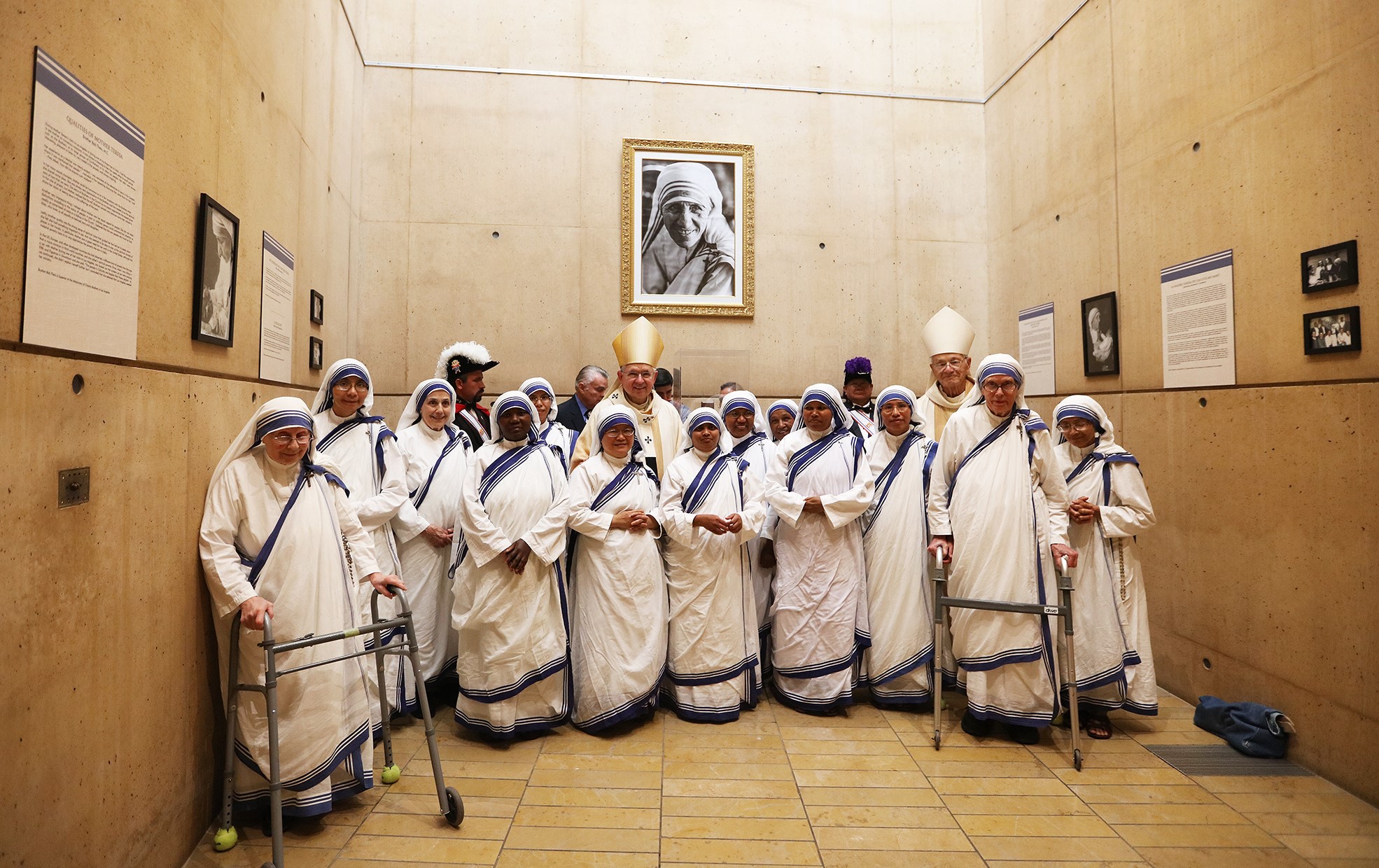 Archbishop José H. Gomez today celebrated a special Mass at the Cathedral of Our Lady of the Angels in honor of the Canonization of Mother Teresa of Calcutta. Concelebrating was Father Robert Fulton, a former Missionaries of Charity Brother, who worked with Mother Teresa in India and Los Angeles.

“Mother Teresa came to show us the way,” said Archbishop Gomez in his homily. “Like Pope Francis, she tells us that we must follow Jesus into the ‘peripheries’ — to the margins of society where we find the poor and the prisoner, the immigrant and the refugee, the sick and the lonely. She taught us to see the world through the merciful eyes of Jesus Christ,” he said.

A first-class relic of the founder of the Missionaries of Charity (pieces of her hair in the form of a cross) was present during the Mass. After Mass, the relic was processed to a special chapel dedicated to Mother Teresa.  Archbishop Gomez blessed and officially opened the chapel, which features photographs and stories remembering her visits to Los Angeles.  Hundreds in attendance visited the new chapel to venerate the relic, offer prayers and reflect on the life and good works of the Catholic Church’s newest saint.

“Mother Teresa used to say, ‘works of love are works of peace,’” said Missionaries of Charity Sister Mariosa, Superior of the Missionaries of Charity House in Lynwood. “In our humble little acts of love, our poor, sick, and suffering brothers and sisters experience God’s tender love and concern for them, and they turn to God in gratitude and love, and receive His peace.”

Pope Francis declared Blessed Teresa of Calcutta a saint at the Vatican early this morning, Sunday, Sept. 4. The date of the canonization was announced March 15 during an “ordinary public consistory,” a meeting of the pope, cardinals and promoters of sainthood causes that formally ends the sainthood process. The date chosen for her canonization is the eve of the 19th anniversary of her death and the date previously established at the Vatican for the conclusion of the Year of Mercy pilgrimage of people like her, who are engaged in works of mercy. The theme of her canonization is “Mother Teresa, carrier of God’s tender and merciful love.”

“Her talks were always interesting, pleasant to listen to, very rooted in the gospels, and always inspiring, her experience as a teacher was clearly evident,” said Brother Bob Theis, superior of the Missionaries of Charity Brothers’ home established by Mother Teresa in Los Angeles in 1975 to support homeless young men, primarily those arriving from 1980’s war torn areas in El Salvador and Guatemala. “She saw people very much as God does, who loves us all equally as beloved sons and daughters.”

The Mass was transmitted live via Facebook Live. It can be found at www.facebook.com/olacathedral