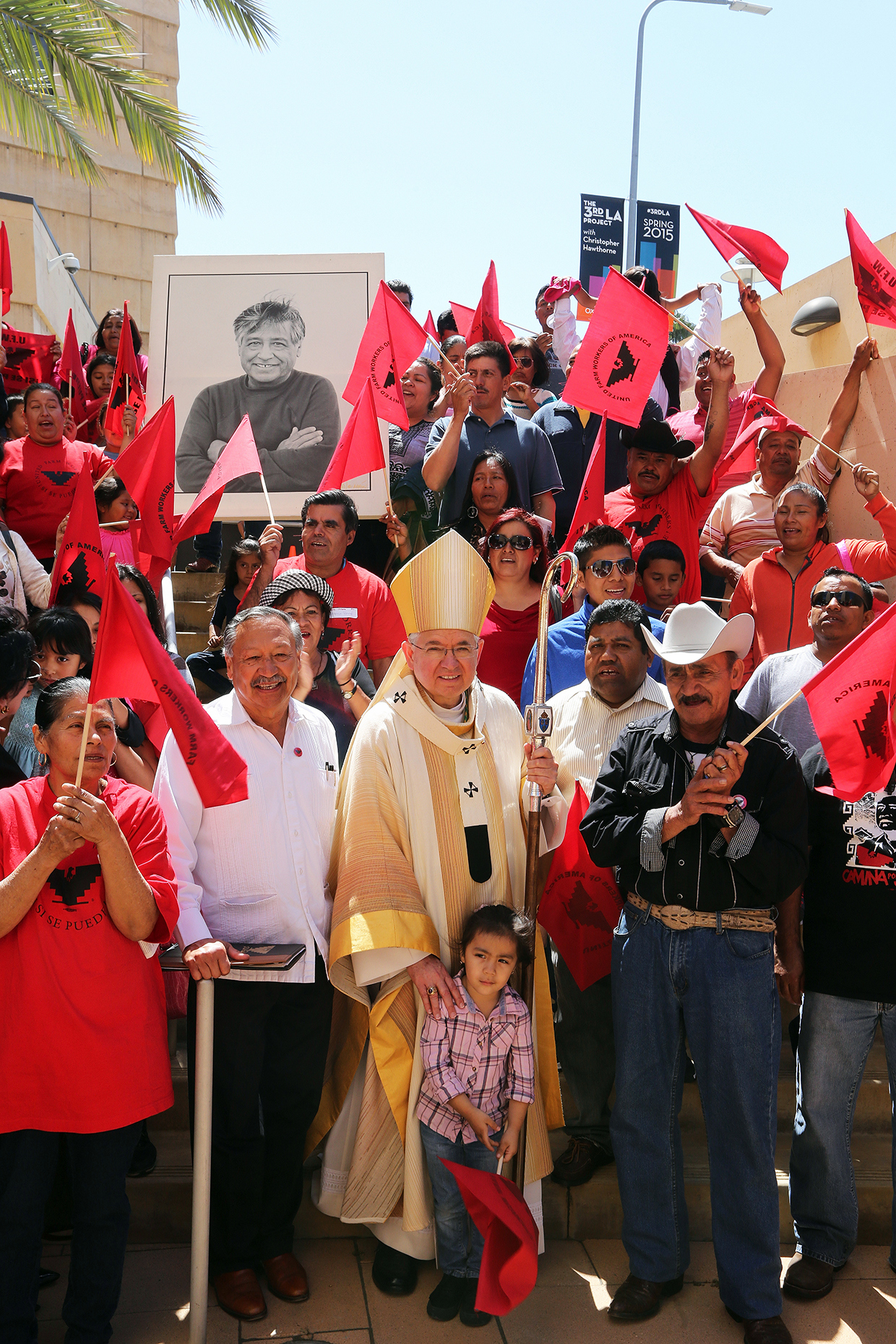 Archbishop José H. Gomez, joined by farm workers and labor leaders, celebrated the memory of Cesar Chavez during the Spanish language Mass today at the Cathedral of Our Lady of the Angels in downtown Los Angeles.

“Today we celebrate the life and example of Cesar Chavez, a few days before the 22nd anniversary of his death on April 23, 1993,” Archbishop Gomez said during his Homily. “We pray for him and his family, and we thank God for his life and commitment to migrant workers and Latinos in our country.” The Archbishop’s Homily is available on the following link: https://youtu.be/ng9te8IP04U.

During a procession before the Mass, about 20 farm workers walked toward the altar adorned by a portrait of Cesar Chavez while the Cathedral choir performed “De Colores,” the UFW anthem. The farm workers carried pictures of five people who were killed during the UFW strikes and handmade posters with photos of 14 crop pickers who died of heat-related illnesses in the fields.

Farm workers brought up the Communion gifts. Rodriguez and Paul Chavez spoke at the end of Mass.

The annual Mass, now in its 15th year, celebrated Chavez’s commitment to the struggle for justice and dignity for all workers. Cesar Chavez, a life-long Catholic and the son of a family of extremely poor farmworkers, founded the UFW in 1962 to advocate on behalf of the farm worker in America.