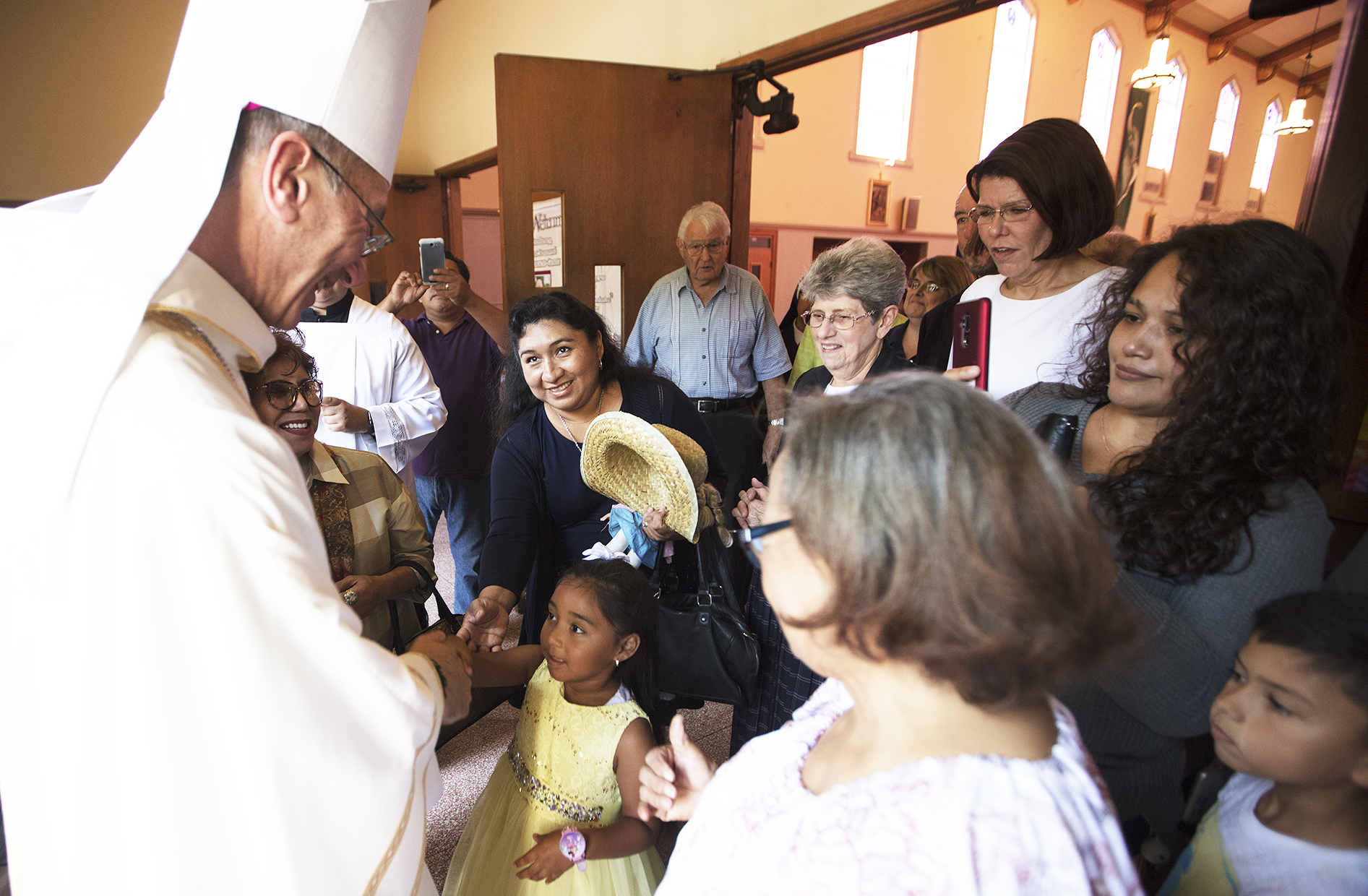 —Hollywood-born Bishop Marc Trudeau is a former dentist and cancer survivor, who was ordained as the Auxiliary Bishop for the San Pedro Pastoral Region on June 6 by Archbishop Gomez—

Auxiliary Bishop Trudeau, who was installed as Episcopal Vicar for the San Pedro Pastoral Region, was ordained to the priesthood in 1991. A native of Los Angeles, he has served as parochial vicar at St. James the Less Parish in La Crescenta from 1991-1995 and St. Philip the Apostle in Pasadena from 1995-2001. Bishop Trudeau was named pastor of St. Pius X Parish in Santa Fe Springs, where he served from 2001-2004. He served as priest secretary to Cardinal Roger Mahony from 2004-2010 and pastor of St. Margaret Mary Alacoque Parish in Lomita from 2010-2013. He joined the faculty at St. John’s Seminary as Vice Rector and Assistant Director of Pastoral Formation in 2013, and served as Rector of St. John’s Seminary since 2014.

He is a Hollywood-born former dentist who worked at Vons for more than a decade to put himself through school, he graduated twice from USC, and has survived cancer.

At the Ordination Mass, the bishop made solemn promises to uphold the faith and discharge his duty. He received his pontifical insignia, a bishop’s ring, miter and staff, which were blessed during the Solemn Vespers the evening before the Ordination.  The insignia are outward signs of a bishop’s identity as chief priest. The ring symbolizes his fidelity and bond with the Church, while the miter and staff are signs of his authority. Following the Mass, the new auxiliary bishop greeted and blessed the faithful in attendance at the Ordination.

For more information on the Ordination and about Auxiliary Bishop Marc Trudeau, visit http://angelusnews.com/BishopElectTrudeau.