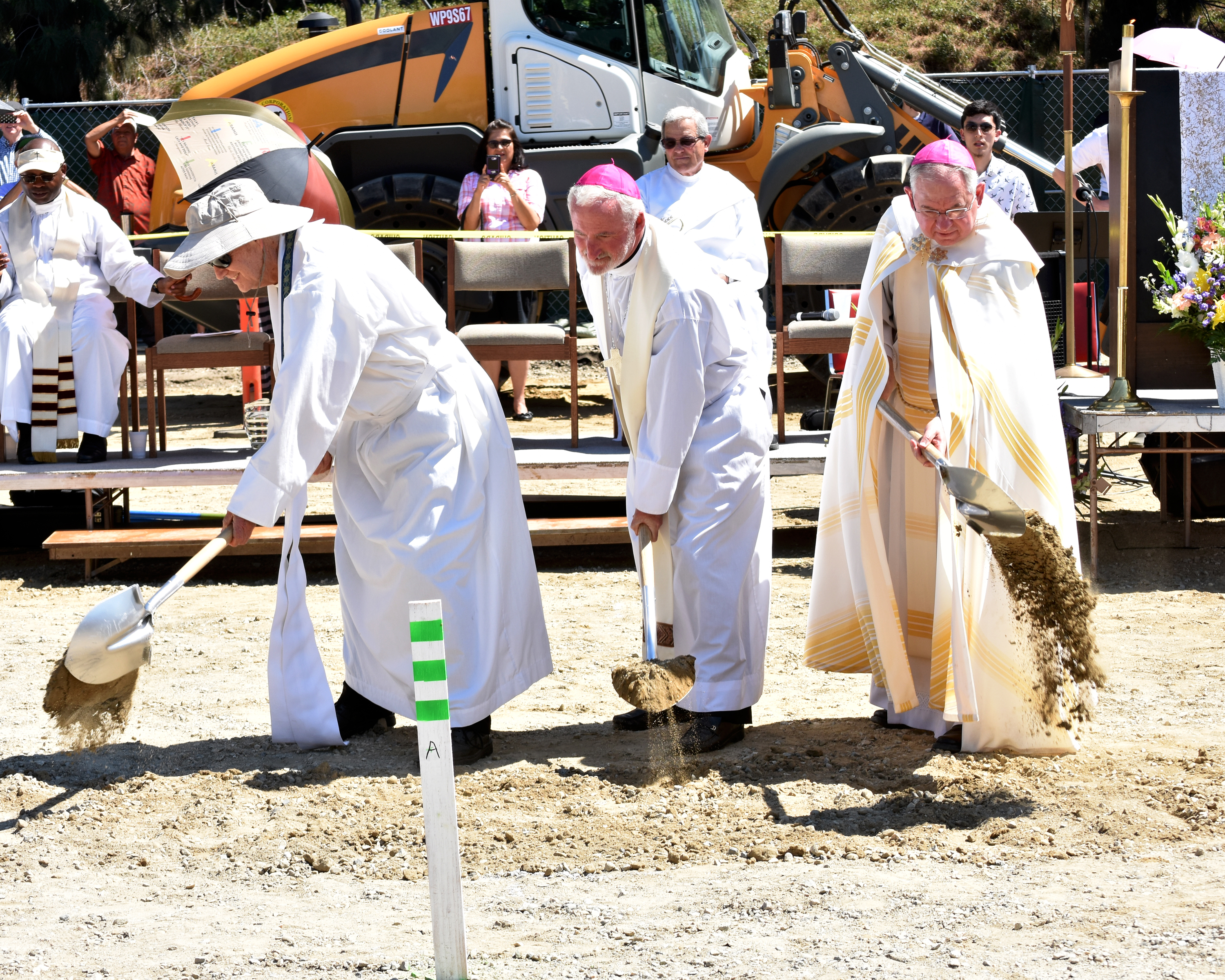 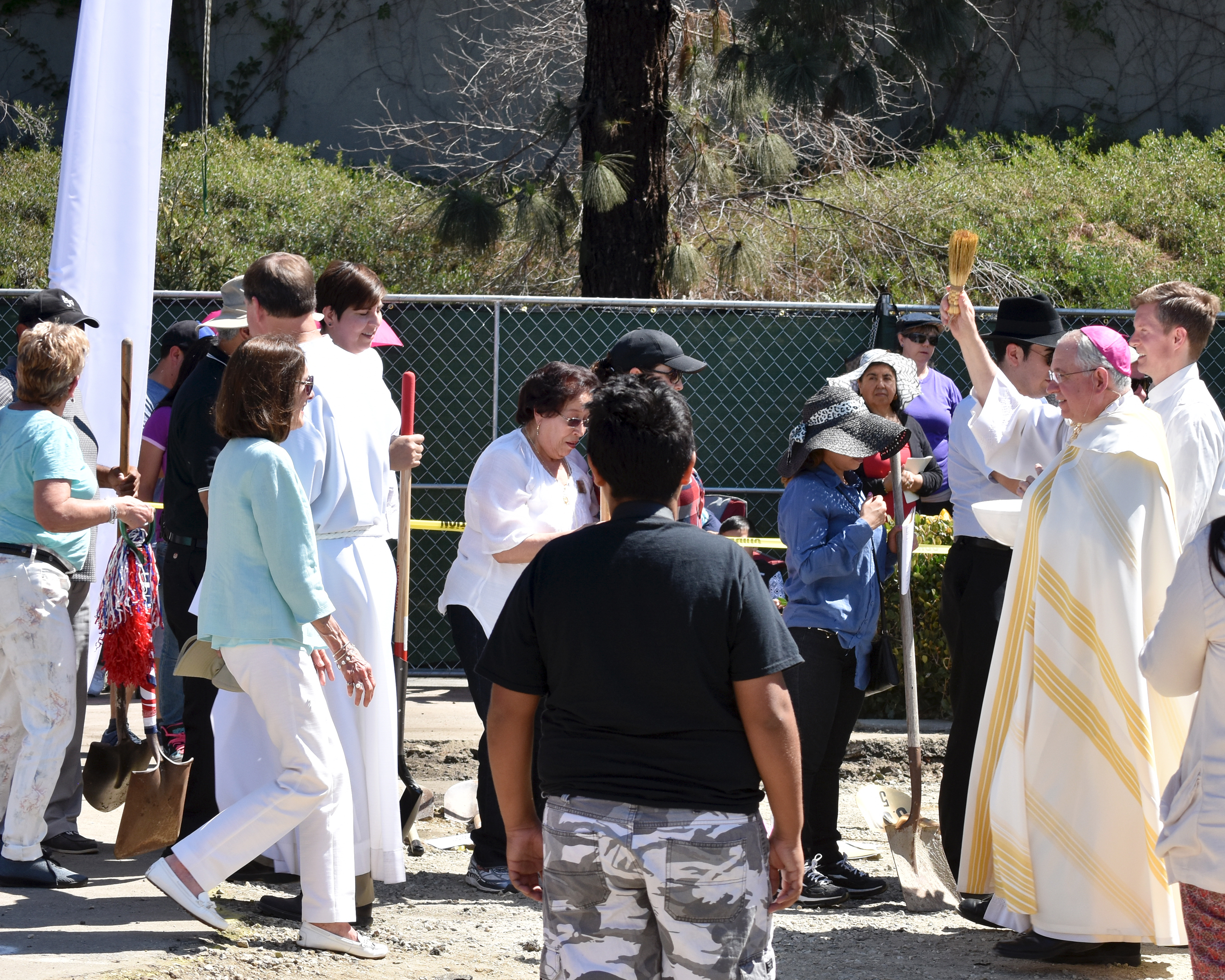 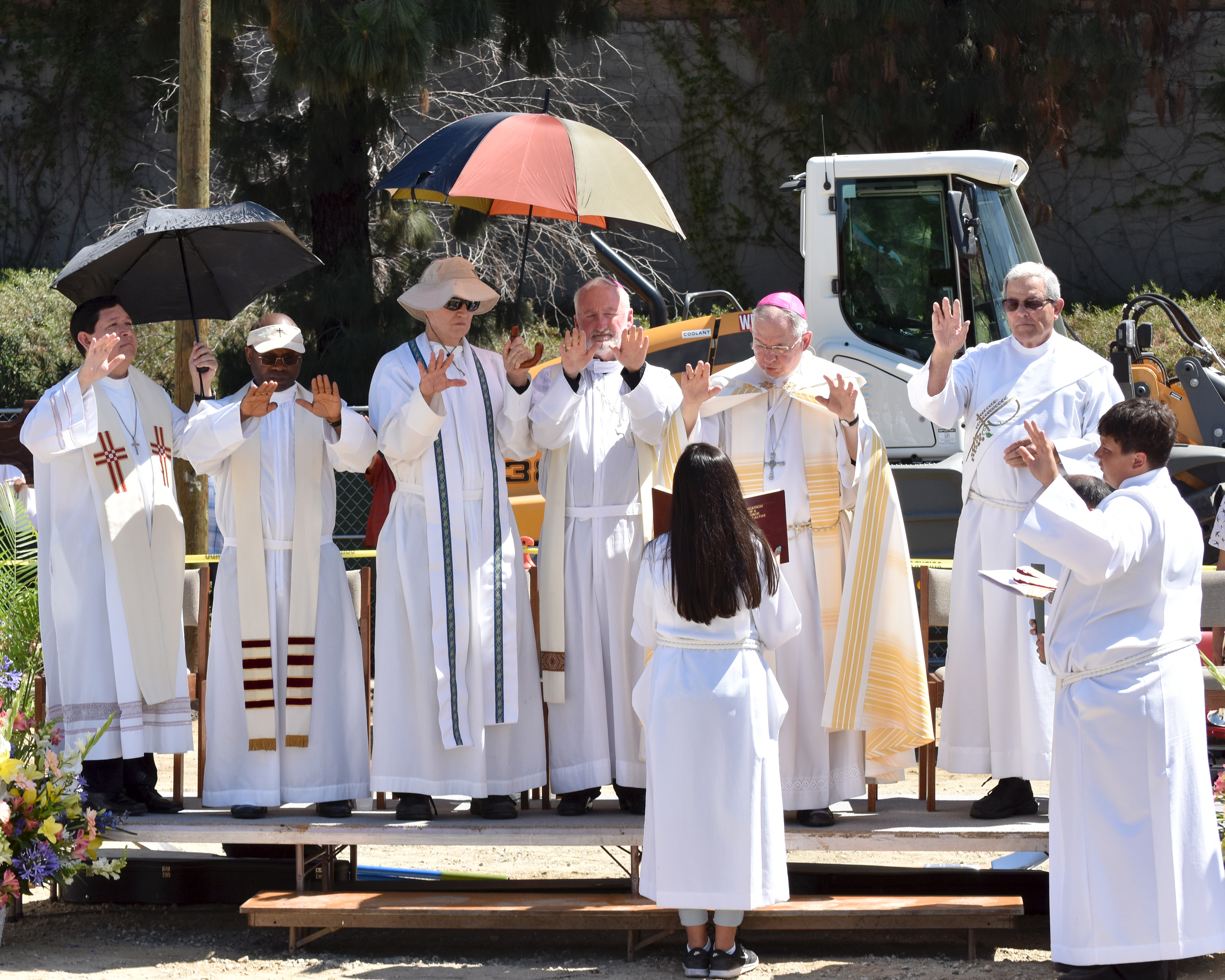 “This is the day the people of our parish have been waiting and hoping for – the start of the new church,” said Msgr. Nichols, the parish’s pastor for the past 14 years. “Despite many obstacles, we have reached this day and look forward to the dedication of the new church at the end of 2017.”

Construction of the new building will start immediately, to replace the old California mission-style church, which was destroyed – along with the next door rectory’s roof – by a fire set by an arsonist in the early morning hours of April 16, 2011. The old house of worship was dedicated by Cardinal James Francis McIntyre in 1969. Since then, thousands of families and individuals have been baptized, received their First Communion, been confirmed, joined in marriage and held funerals for relatives and friends. Even one priesthood ordination Mass took place in the original church prior to construction of the Cathedral of Our Lady of the Angels, where ordinations are now held.

During Saturday’s service, Archbishop Gomez blessed the outline of the new church with holy water, Msgr. Nichols led the ground breaking together with the Archbishop and Bishop O’Connell, followed by 50 representatives of the church’s ministries turning the earth with shovels.

NOTE: PHOTOS WILL BE PROVIDED UPON REQUEST.

SJV1: From right, Archbishop José H. Gomez, Auxiliary Bishop David O’Connell of San Gabriel Pastoral Region, and Msgr. Timothy Nichols, pastor of St. John Vianney Church, break ground, on June 18, of the new church that will be built next to the ground where the original church in Hacienda Heights was destroyed in an arson in 2011. The new church is expected to be ready in the fall of 2017, with a full capacity of 1,100.

SJV2: Archbishop José H. Gomez (far right) blesses more than 50 representatives of the same amount of ministries, who turned the earth with their shovels during the groundbreaking ceremony of St. John Vianney Parish in Hacienda Heights on June 18. The original church was destroyed in an arson in April 2011. The new church is expected to be dedicated in the fall of 2017, with a full capacity of 1,100.