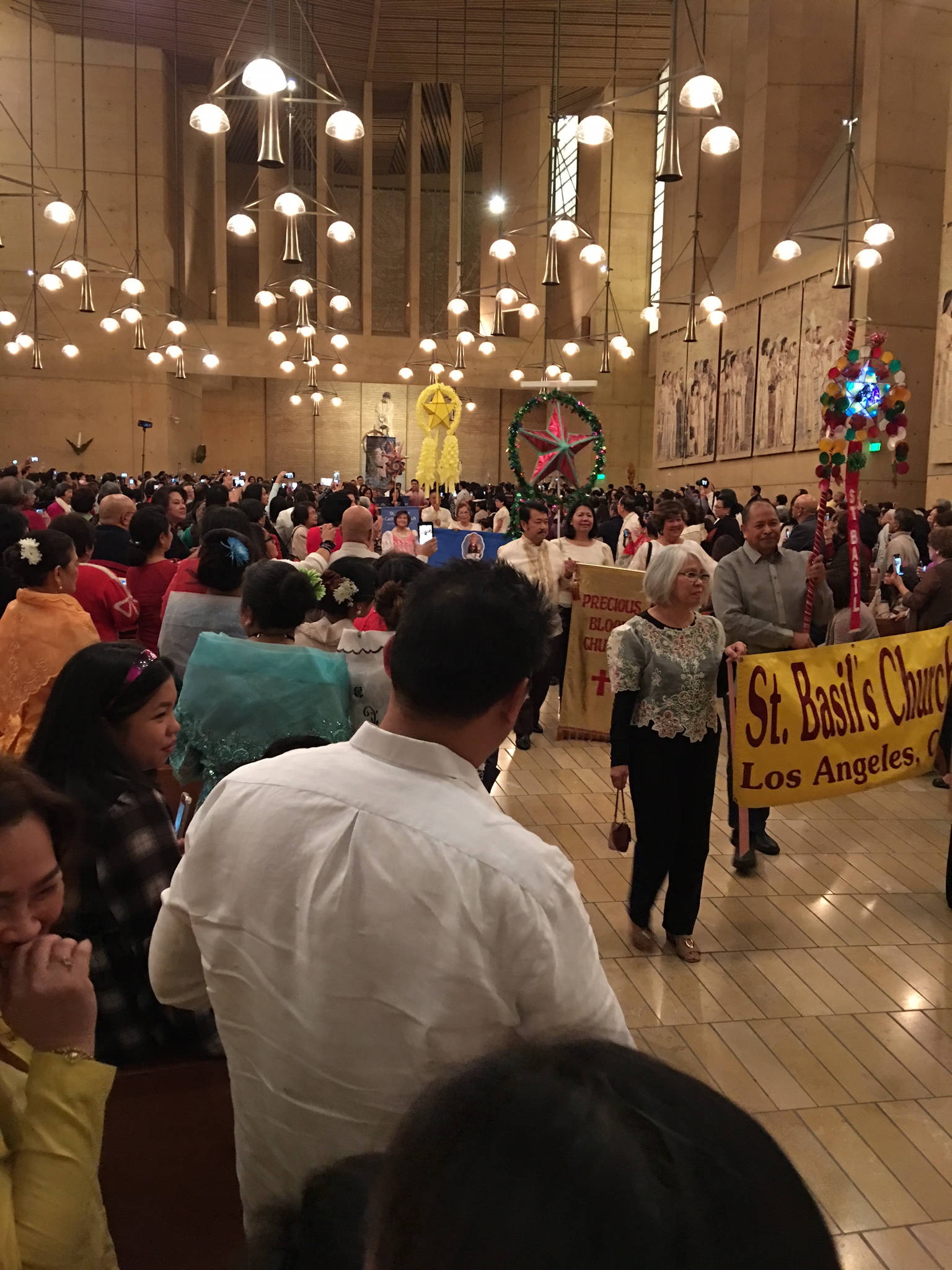 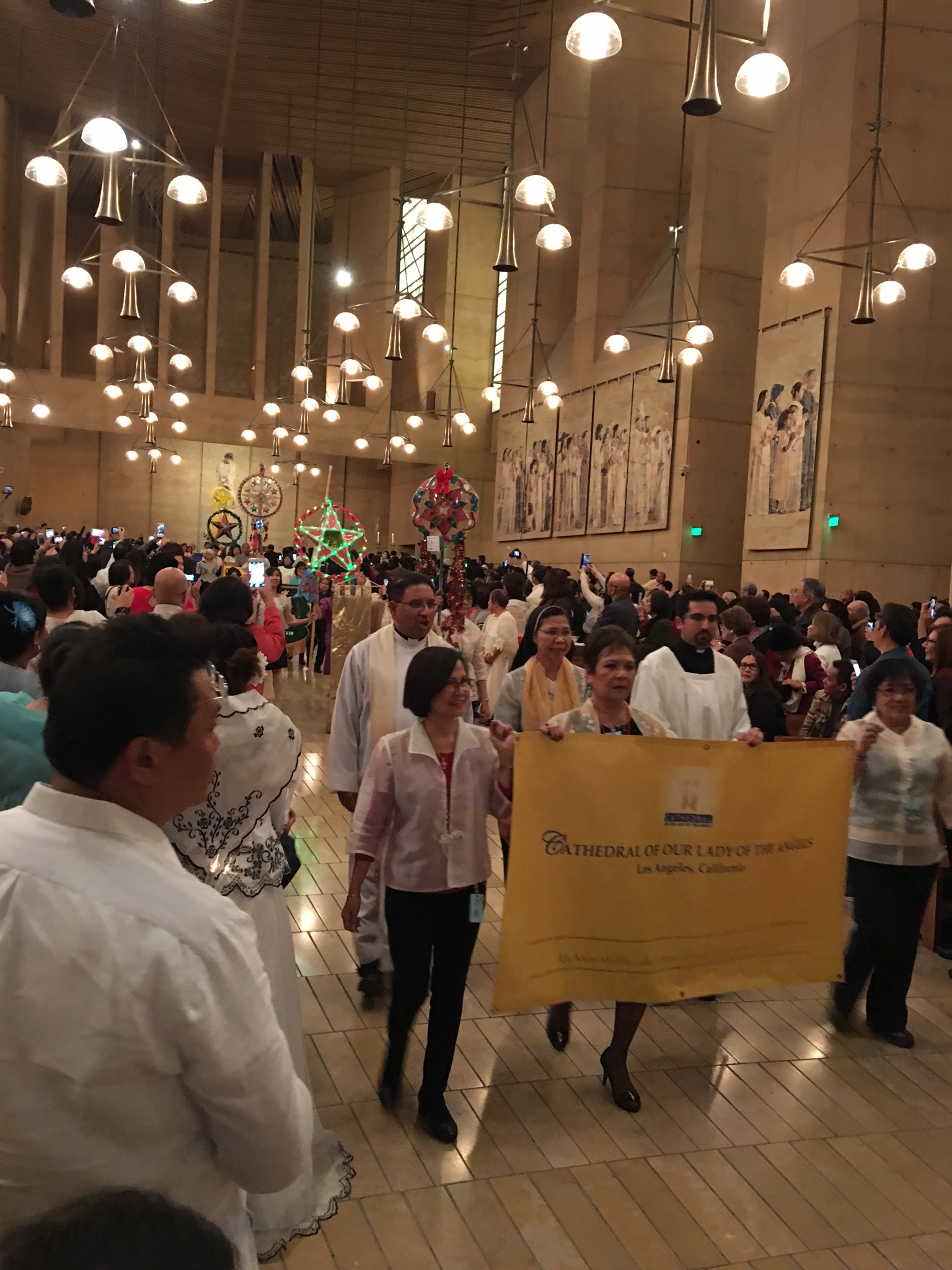 Celebration, rich in Filipino culture and tradition, includes nine days of prayer for peace, unity and family leading up to Christmas

Thousands of Filipino Catholics from throughout Southern California celebrated the beginning of Simbang Gabi, one of the oldest Filipino Christmas traditions, with a special Mass last night at the  Cathedral of Our Lady of the Angels in downtown Los Angeles. Archbishop José H. Gomez presided, and Auxiliary Bishop Edward Clark for the Our Lady of the Angels Pastoral Region served as homilist, at the liturgy presented by the Filipino Ministry of the Archdiocese of Los Angeles.

“I pray that these coming days will be a beautiful time for your families to draw closer and to renew your love for one another in Jesus Christ,” said Archbishop Gomez. “Above all in this beautiful season, let’s try to make Christ’s presence felt in the hearts and lives of others. Let’s try to be a source of hope and optimism for other people.”

The Mass was preceded by the traditional “Parade of Parols,” or lanterns, of more than 100 parishes and all five of the pastoral regions throughout the Archdiocese.

The parols, a Philippine Christmas symbol, were blessed at the end of the Mass.  In the Philippines, the parol is used to light up people’s homes and is carried by parishioners attending Simbang Gabi Mass, or “Mass before dawn.”

“Simbang Gabi is one of the most beautiful expressions of the celebration of Advent. Advent is about anticipation, hope, waiting,” said Bishop Clark during the homily.

The Filipino tradition of Simbang Gabi dates back nearly 500 years.  It begins nine nights before Christmas Eve. During Simbang Gabi, an Advent Mass is celebrated before dawn or in the evening of each day in preparation for Christmas.

For the full schedule of Simbang Gabi at more than 100 parishes throughout the Archdiocese visit: http://angelusnews.com/articles/2016-simbang-gabi-schedule-for-archdiocese-of-los-angeles.